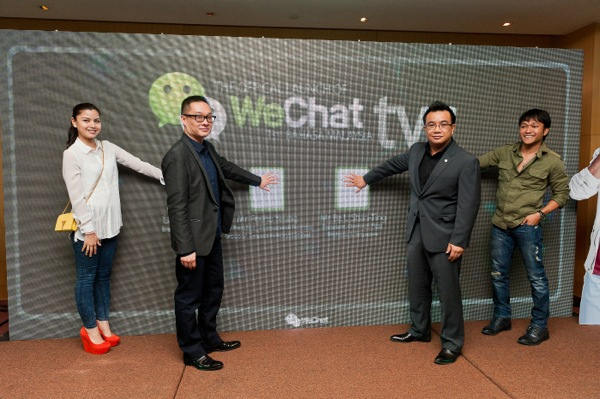 China is a very regulated country when it comes to media. Censors have a say in every official channel and they can shut down any source of “unworthy” news. All in all, it is a very strict and formal environment. In this article, we will have a look at the new technologies and social media and how they are changing the media ecosystem as a whole, bringing a new way to communicate.

WeChat is a mobile chatting application that initially had the same set of features that WhatsApp and Snapchat (very popular in the west). But WeChat is as well China’s most popular social network. Unlike Facebook in the west, it has no website version on desktop. This illustrates how focused on phones and mobile devices Chinese netizens are.

That is also arguably the reason why it has taken the place of the now-declining Weibo on the top spot of the Chinese social media world. Weibo is a twitter-like website that, while still important, is becoming less and less popular as its active users waver a little more every year. It wasn’t designed for mobile but desktop and didn’t evolve as fast as its competitor.

Read as well: The Ultimate Guide to Wechat Marketing

But WeChat offers more than a simple social media and chatting experience to its over 600 million users. It also provides a magazine-like experience for publications (blogging) with subscribers, online payments capabilities, translation, m-commerce, and so on. With such a wide range of features, it is no wonder it became the most used application behind the great wall.

How is WeChat changing the rules of the Game?

The internet ecosystem allows experimentation, that is a complete contract with more traditional media which are very regulated and where the censor’s weight too heavily for anything creative to really happen. Novelty is not expected from that quarter.

WeChat offers people a white canvas where they can express themselves. It is not only organizations talking, but your peers. This leads to a higher level of trust toward the platform. Users can share what they love among themselves. Cyber Celebrities and companies can directly dialog with their audience.

Social media are communication tools, which means there are good and bad ways to use them. Also, they are not the same, WeChat and Weibo require a very different methods when it comes to doing community management and publishing content.

Be Social , not corporate

Companies, especially at the beginning of the social network Marketing, are tended to be very awkward in their communication with the “buy my stuff” kind of content. It is not mean that you cannot do promotion, but you need to be smart about it.

Content creators, whether it is a simple blog or a television channel earn revenue in the same way: advertising. And WeChat is no exception to the rule. Clicks ads are available from 50 000 subscribers on your account.

Despite particular scrutiny from the censors, the social networks and the Internet as a whole is pushing change forward. And today we see more and more the emergence of a world where people themselves are the media.

Wechat the kind of digital landscape in China ?

In conclusion, WeChat and the social networks before it, brought a new way for people, magazines and companies not only to communicate but also exchange with one another. It also opens the way to creatives, who can develop their own branding and create their own jobs. Check Leaf Greener’s website and WeChat account to see that kind of example.