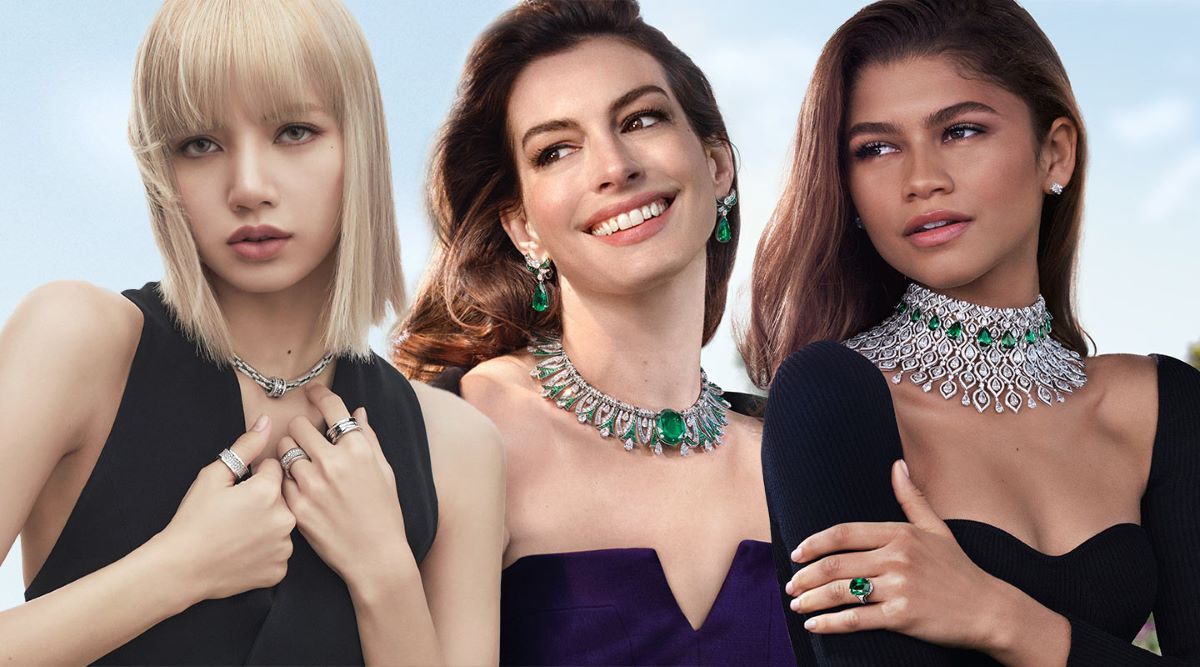 In Bvlgari’s branded film “Unexpected Wonders”, a journey in search of a miracle begins in the eternal capital of Rome. Bvlgari collaborated with Paolo Sorrentino, Oscar winner, and renowned Italian director, to create dreamlike images. They are known for their surreal and hyper-realistic shooting style.

The video features Anne Hathaway (the global ambassador of the house) and Zendaya (the Bulgari High Jewel collection). They explore new horizons and show the power and diversity that women can have while wearing the Bvlgari jewelry collection. What is the secret of Unexpected Wonders and why is it so popular in China?

Rome is often called the “Eternal City”. It has a rich cultural heritage spanning thousands of years, as well as the glory of the Roman Empire and the rule of the Catholic Church. All these elements contribute to its eternal splendor. The Bvlgari campaign also makes Rome a “protagonist”: the company was founded in Rome in 1884 by Sotirio Bvlgari, a talented Greek goldsmith.

Since then, the 138-year-old Roman jewelry house has been inspired by the architectural and historical treasures of Rome. Bvlgari embodies the spirit and creativity of Rome, from the color code to the use of combined geometric elements.

Anne Hathaway, Zendaya, and their Unexpected Wonders guide take them to the birthplace of Bvlgari to enjoy the breathtaking scenery. They marvel at the differences in sunlight and dance in a beautiful palace. Then they take a bath in a romantic shower of flowers. The film not only showcases Bvlgari’s beautiful fine jewelry collections but also encourages the audience to appreciate the joy in the simplest and most mundane things. It may seem easy to find beauty in Rome, but the brand shows that ordinary things can bring you extraordinary pleasures.

How is Bvlgari’s film helping it reach more people around the world?

Rome’s economic growth was at its peak in the 1950s and 1960s. Rome was the center of American films at that time, and it became the location for “Hollywood on the Tiber”. Many of Rome’s famous streets, such as Via Condotti (where the Bvlgari boutiques are located), became the “salon” for celebrities and the “salon” for the world.

Bvlgari has also become part of the city’s growing glamour on the silver screen. Bvlgari’s colorful and unique jewelry designs have won the hearts and affections of many celebrities, including Elizabeth Taylor, Ingrid Bergman, and Grace Kelly. Its international reputation was built on its relationships with stars both on and off the screen. In the 1970s, the company expanded into Europe and the United States.

To date, Bvlgari jewelry has been featured in over 40 films, including “Never So Few” and “Mission Impossible” (below). Bvlgari jewelry can also be seen on the red carpet at international events such as the Oscars, Golden Globes, Cannes, and Venice film festivals.

Bvlgari jewelry has been featured in over 40 films.

The Bvlgari legend, “jewelry about beauty”, drives Bvlgari to continue its international adventure into a new era. This latest project continues that story. Anne Hathaway, Zendaya, and Zendaya are two types of female power. “Dare to Lose Yourself, Then Find Yourself” is a reflection of Hathaway’s maturity and authenticity. “To Travel Without Moving” is a representation of Zendaya’s youth and vitality.

The campaign features Priyanka Chopra Jonas, an Indian-American actress, and Lisa, a Blackpink singer. Both illustrate the versatility and resilience of glamorous women. Bvlgari’s Asian market is represented by Lisa, who speaks to the Asian market. She is also a bridge to China because of her popularity in K-pop. The company can better connect with young consumers through this spokesperson, often referred to as the “human Barbie” by Chinese netizens.

The “2021 Development Report on the Chinese Jewelry and Gems Industry” published by the Gems and Jewelry Association of China shows that the Chinese jewelry market had record sales of $107.6 (720 billion yuan) in 2021. This represents an 18% increase from $91 billion (610 billion yuan in 2020). It is clear that China is a major market that international jewelry brands cannot afford to ignore.

Bvlgari is active on all fronts of the Chinese luxury market. Bvlgari announced its partnership in April this year and was the first luxury brand in the world to adopt the innovative Tmall Luxury Pavilion flagship shop, model. Bvlgari also partnered with Tmall Hey Box for site-specific initiatives as part of the 520 campaign. This included videos featuring Chen Yuqi and Ding Yuxi, which received over 3.6 million views on Weibo.

Chinese social media users also discussed the film “Unexpected Wonders”. Bvlgari posted four teaser videos on its official accounts on all major platforms two days before the official release of the film. This led to speculation about the stars of the film. Bvlgari continued to engage on social media after the film’s official launch on 24 May, posting a series of behind-the-scenes videos about the filming and other Easter eggs.

The Weibo hashtag #UnexpectedWonders recorded 7.6 million views at the time of publication. The video was viewed over 428,000 times on Weibo, and 83,000 people liked it on WeChat. The most popular comments were “Divine beings in a frame” and “Thank Bvlgari together”.

There are many marketing tricks in the fast-moving Chinese market. Luxury players will only be able to reach their consumers authentically if they have a consistent brand narrative, even if the traffic is constantly changing. Bvlgari’s brand film is perfect for fulfilling its commercial and artistic mission, whether it is to showcase the brand’s jewelry and watches or to communicate the brand’s spiritual narrative.