Chinese are turning to sportswear 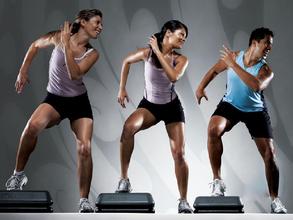 More and more Chinese customers are turning to Western sport brands instead of  luxury labels.

One of the latest shopping trend on the Chinese market, is to favor western brand sportswear rather than luxury label clothes. According to media report and Euromonitor International in depths studies, the Chinese national policy favored the ascendance of Chinese attention towards sportswear and healthy lifestyle. The Chinese government encouraged sports activities by launching sport events around the country such as marathon. The media also fostered this new fitness trend by creating and airing several reality TV-shows like Survivor Games in October 2015, Running Man Season 1 (Oct. 2014) and Season 2 (Apr. 2015). These shows won considerable attention among Chinese consumers and reportedly inspired them to partake into different forms of sports or exercise.

Nike has greatly benefited from this recent trend in China, the western brand witnessed its sales to grow from 27% in September 2014 to 35% in April 2015. Contender Adidas also witnessed a growth of 38% last year in China, accounting for $2.79 billion (15% of Adidas global revenue).

The brand furthered its market presence in China by opening over 500 stores, taking the total to about 9,000, and also plans on opening another 500 this year. According to Adidas’ CEO Herbert Hainer, sales already went up by 22% during this year first quarter.

The growing demand among Chinese consumers to remain fit and healthy is also linked to the foreign sportswear brand comfortable market in China. The Chinese fitness industry recorded sales of $19.3 billion, a 89% increase since 2009. 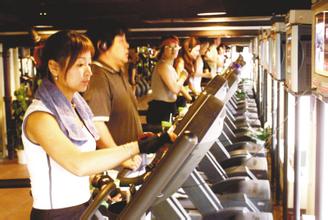 The Chinese government is actively pampering sports activities across the country, hoping to induce even more interest in sports prior to the Beijing 2022 Winter Olympics. Although, the Chinese sport industry remains underdeveloped. Sports last year, only accounted for 0.7% in the country’s GDP, representing $72 billion.

The Chinese government is expecting this number to reach 3 trillion yuan ($450 billion) by 2020, and 5 trillion by 2025 ($745 billion). To do so, the government will accelerate the development of the sports industry by encouraging foreign capitals to invest in the domestic sports industry and qualified sports companies to improve their reach. The Chinese government will also provide some favorable tax treatments to some sports companies. Furthermore, the country will build new stadiums and gyms (1.1 billion sq m.).

Although the government’s policies and the media attention greatly help the sports industry in China, the domestic sport brands are not doing well. Foreign competition, especially from Adidas and Nike is hurting domestic sales, which reported an important drop last year. Albeit, the Chinese consumers are nowadays more inclined to purchase western sportswear, instead of luxury products or domestic sportswear.

More information About our Agency.