The lingerie’s market is open for foreign brands in China 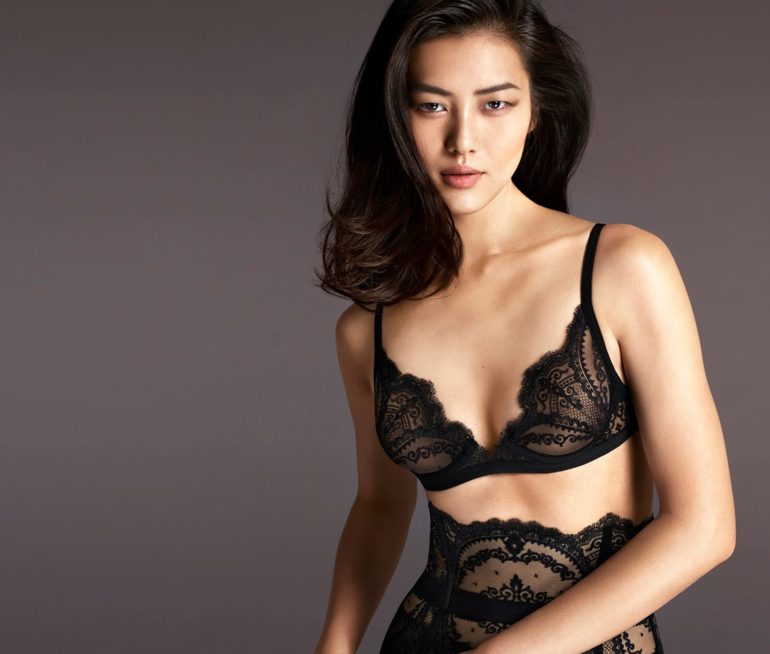 Since China’s economic development, the population has seen its purchasing power increase. The country has seen a middle class emerge and society has been transformed. The megacities are getting more and more modernized under a pronounced Western influence.

The lingerie: a good investment opportunity in China

Urban youth are therefore increasingly open to American and European trends. One of the sectors that experienced a significant change is the one of underwear. This market has experienced impressive growth since 2010. It has more than doubled in only 5 years! Lingerie is, therefore, a good investment opportunity in China. In addition, the market is still relatively fragmented. It is, therefore, an advantage if you want to make your way in this market.

While for many years, Chinese women used to wear very basic underwear. This trend begins to change. Though underwear used to be perceived as a piece of clothing that is we have to wear and never as an asset of seduction. We noticed their growing interest in more glamorous underwear.

Indeed, while it was previously hard for Chinese women to find lingerie, more and more shops are offering this kind of underwear today. This trend is quickly growing! As proved by the famous Victoria’s Secret show that was held in Shanghai this year for its annual show. It is thus proof that the Chinese begin to change their habits of consumption and take examples of western tendencies, even in underwear.

The Chinese women are also very good customers. Because they were not used to this type of underwear before, they will choose them with as much attention as they would choose a beautiful dress. They particularly like ensemble because they are not looking for one piece, but an entire look. They are no longer afraid to assert themselves and wish, just like the Westerners, to feel glamorous and sexy. They are also many to be willing to spend lavishly to feel good in their underwear. They usually accord more than 10% of their shopping budget to underwear.

However, to really conquer the Chinese, you will have to adapt to the market!

Even if they assert themselves more and more and finally dare to buy more glamorous pieces, they are still modest. The underwear must be glamorous but should remain elegant. Too much transparency or sexiness may not be appreciated by the majority of clients.

Since the morphology of the Chinese is different from that of the Europeans, it will not be enough for you to sell your already existing products in China. It will be necessary to create a new collection adapted to the Asian style and morphology. They are mostly very thin, with a small chest. For example, a padded bra is a good idea for adaptation! However, big Chinese cities are full of Western ex-pats in search of glamorous underwear. So you have to think about including bigger and sexier models that might suit them as well.

In China, some numbers have meanings, as well as some colors! In fact, they have very different symbolism than those associated with the West. Here they are:

This is the feminine part (Yin) in the Yin and Yang concept. It represents light and purity. That’s why she is worn during funerals. It is the color of mourning and death.

This is the male part (Yang), which represents strength, nobility, and virility. It is, therefore, an elegant and prestigious color.

Red is the most important color in China! It represents happiness, respect, life, celebration…

As it is the color of Jade, it has a positive connotation: synonymous with life, dynamism, spring.

It is a symbol of purity, but also of melancholy.

It’s the color of the emperor. Like gold, yellow represents glory, royalty, and harmony. However, it also refers to pornography. She is, therefore, to avoid on underwear.

Like many other colors, it has several meanings. A positive (represents a product of good quality, luxury) and a negative (synonymous with mystery and vice).

The Chinese are totally addicted to their smartphone. They spend more than 3 hours on WeChat every day. Having an official account on this app is therefore essential to promote your brand and create a community. With WeChat’s “mini-programs”, you will be able to delight your customers with the possibility to buy your products online, directly on the app. The Chinese order a lot online. In addition, since some Chinese are still modest about buying glamorous underwear, fear will disappear when buying through these “mini-apps”.

If you want to launch your lingerie brand in China, our agency can help you follow the best technique to promote your products in the Chinese market.

Based in Shanghai for several years, our agents are specialists in the market and know all the best approaches to give visibility to your brand. If you need more information, please visit our website.