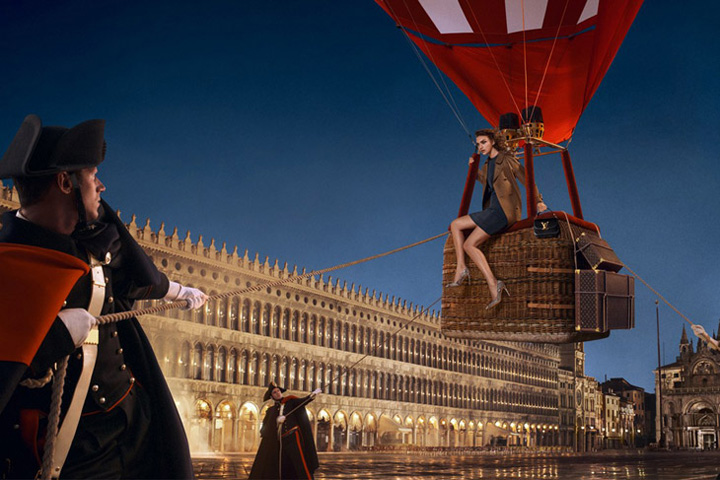 Louis Vuitton is a brand that often combines arts and fashion. They have partnerships with many artists all around the world and that allows them to use their artistic work in their collections or advertisements. The involvement of that luxury brand in art is also shown by the opening of the “Louis Vuitton Foundation”, an art museum opened outside of Paris in 2014, which is increasingly known in the art environment.

Louis Vuitton has to reinforce his online presence to face the increasing numbers of online shoppers in China, because as many luxury fashion houses over there, the brand closed many brick-and-mortar shops last year and may close even more in the coming year.

Here there is an interesting article about Louis Vuitton in China: here.

Directed by Lixin Fan, which is known for his documentaries about social issues in China, the five-part documentary series called “Journey of a Muse” in Chinese and “Craft a Destiny” in English was released on China’s CCTV9, and can now be seen on the Louis Vuitton’s interactive WeChat and on the Chinese video streaming service, Youku. The presence on WeChat is really important for the luxury brand in China, you can have further information in this interesting article. Many western companies make huge mistakes on Chinese social media and it can have a strong impact on the companies results. Here are 6 common mistakes western brands make on Chinese social media.

The documentary follows a different woman on the road to self-discovery, which has strong different activities including supermodels, authors, contemporary artists, musicians, and pioneers in the Chinese fashion industry. Many of these ladies have been involved with Louis Vuitton, like Yayoi Kusama which collaborates with the brand in 2012 into a playful ready-to-wear collection, Karen Blixen which has always brought her Louis Vuitton’s luggage on her iconic journey, and Liu Wen, which as modeled for the brand in multiple occasions.