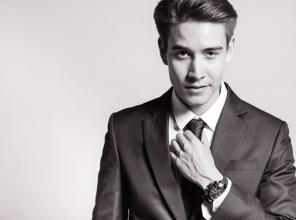 Luxury brands who developed their market in China during the booming years are now conforming with the digital  trend in China.

Numerous luxury brands are establishing their market strategies in the popular Chinese chat platforms such as WeChat and Weibo, in the meantime they are also opening their own stores on ecommerce platforms such as Alibaba’s Tmall and JD.com. Luxury brands that used to lag behind in terms of Chinese market knowledge, are now making up for their setback, this is why their move on the market has been long awaited.

Ecommerce is growing gradually, online sales account for 5% of the total domestic luxury market, which represents $22.5 billion. According to a research by L2inc, a business intelligence firm, online luxury sales went up by 20% in 2015, about three times faster than the broader luxury market. The most important channel is the mobile ecommerce which is skyrocketing in China. Online searches for luxury products are nearly twice as much as those on desktop computers, and rose 44% in 2015. There are over 700 million WeChat users as of today, and over 200 million on Sina Weibo. The Chinese consumers are closely monitored as they account for more than 30% of global luxury spending (according to consultancy Bain & Co.).

Burberry Group PLC teamed up with Chinese male model Wu Yifan for the 2016 fall/winter menswear line, he then shared exclusive content via Weibo. The move genuinely “broke the Chinese internet” by drawing massive social attention and engagement, declares L2inc. Burberry is expecting the ecommerce branch of its sales to account for one third of its revenue in the next three years.

The New Yorker luxury fashion company Coach Inc. recently started to offer coupons over WeChat, and has launched a campaign on this very same platform. French luxury watch manufacturer Cartier has revised its strategy and focused on the Chinese consumers abroad by creating a store locator and offering  a product specifications translating tool on WeChat.

The Hong-Kong based retail network Chow Tai Fook is leading the Tmall and JD.com platforms, especially with its first-page brands search results. A spokesperson of the company declared that the Hong-Kong firm has a team of over 250 employees managing e-commerce and that closely monitor search keywords  rankings on several online platforms such as Tmall.com and JD.com.

Although, one of the major problems on the online platforms are the extent of the counterfeits products being flagged as genuine. Burberry opened a store on Tmall.com in order to retake control of its sales, especially regarding the gray market goods. Still, only 35% of luxury brands have their own e-commerce virtual shop on Tmall and JD, according to L2inc data. 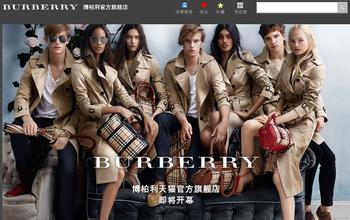 Erwan Rambourg, head of consumer and retail research at HSBC said “Luxury brands are all about control. Whether it is the quality of the product, the pricing, the selling environment, control is everywhere,”  he’s pointing at the fact that most of the luxury brands are more inclined to open their own storefront on Tmall and JD than cooperating with third parties. Opening a virtual shop on such platforms give them the sovereignty they need as regards, prices, quality, and selling environment, and it helps them taking care of counterfeits issues.  He furthered his argument and declared “Generally speaking, luxury companies have had three attitudes towards e-commerce platforms: sue, ignore or participate.”

The Chinese market is currently shifting, so are the purchasing habits and tastes of the Chinese consumers. The companies that jumped on the band wagon and rushed into the booming Chinese market to appeal to the rising Chinese middle-class might have been too reckless. 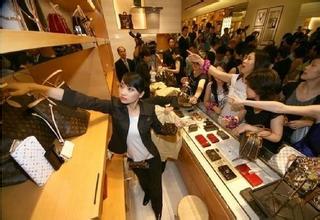 Luxurious empty stores are often sighted around Chinese second and third-tier cities. Will the trending ecommerce make up for the companies carelessness? The Chinese market has witnessed a drop in luxury products demand, it may come from the shift in consumption habits. It seems that Chinese consumers are better-off purchasing high-end products abroad, as the euro and yen are staggering.