Michael Kors Triples Down on China 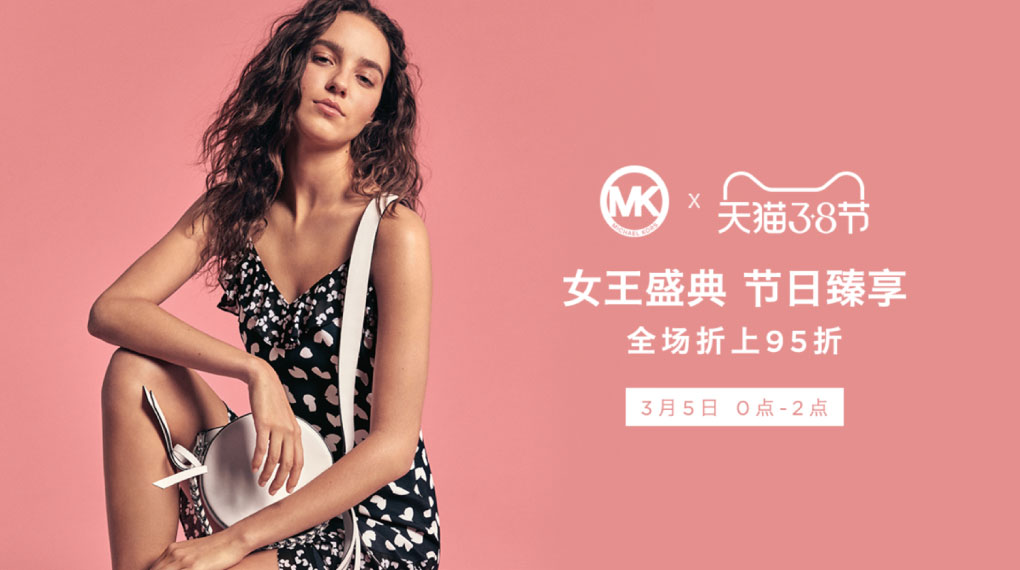 From adding a new e-commerce channel to naming a dual-brand ambassadorship to push forward a 360-degree Qixi (七夕) marketing campaign, the American fashion brand Michael Kors is making major moves in China right now, as its parent company, Capri Holdings, is looking to grow the Kors Asian business to one billion USD in the next few years.

During the Capri Holdings’ 2019 Investor Day in New York City, on June 4, 2019, Chairman and CEO John Idol emphasized the strategic importance of the Asian market for Michael Kors. Given this, the brand aims to increase its business there from 12 percent to 20 percent to combat its shortcomings back in the United States. As the world’s second-largest economy, China is a critical region for the brand, with a growing appetite for high-quality fashion and luxury products from its growing middle- and upper-middle-class consumers.

In recent years, Michael Kors has already invested plenty of resources in marketing and branding in China. The brand’s public awareness and relevance were enhanced, however, when it started to collaborate with the country’s top-tier celebrity Yang Mi around 2016. As the actress became the face of Versace of late (the high-end label under Capri Holdings), Michael Kors has started to tap into the power of two next-generation stars. In early July, the brand named Leo Wu, its first Greater China ambassador, and Lareina Song as its newest China brand ambassador. Both celebrities are quite popular among the country’s Gen-Z population, which should help Michael Kors break into this segment.

Wu and Song will soon appear in the brand’s 2019 Qixi campaign to celebrate the Chinese traditional Valentine’s Day, which falls on August 7 this year. The campaign was shot by world-renowned Chinese photographer Kai Z Feng to convey the signature speed, energy and optimism of Michael Kors, while highlighting the brand’s Qixi graffiti print. This year’s Qixi capsule, launched worldwide on July 19, included products across several categories, with the special Qixi graffiti print found on handbags, sneakers, slides, outerwear, ready-to-wear, watches, and jewelry.

“It is important to us at Michael Kors to anticipate our desires and share the celebrations of our customers around the globe. Qixi is a special time for our Chinese consumers, so we are excited to offer our second Qixi capsule inspired by the romance of the holiday. The expanded capsule will be available worldwide — as it was last year. The intention being to meet our customers wherever they shop,” a spokesperson of Michael Kors told Jing Daily. The brand also designed a customized game powered by a WeChat Mini Program to guide users to discover the special offerings for this Qixi festival. Winners of the game will even have a chance to meet Leo Wu and Lareina Song in person at the brand’s offline Qixi event in Chengdu.

Additionally, Michael Kors added Alibaba’s B2C marketplace Tmall and the luxury portal Luxury Pavilion as the newest e-commerce sales channel for its Chinese shoppers on July 18. Michael Kors was also among the earliest luxury players in China to see the potential of e-commerce in China. And now, after running its own direct brand e-commerce store for years, the Tmall launch is a big move for the brand — hopefully, one that will reach as many of the platform’s 700 million consumers as possible, and confirm that their new initiatives are on target.

For fashion houses and luxury brands, one big-spending demographic has often fallen between the cracks: the Chinese consumers residing outside of China. But brands have started to realize they can no longer afford to ignore this group given that their dependence on Chinese consumers for growth has reached unprecedented levels.New York Fashion Week saw American luxury label Michael Kors take its marketing and customer engagement efforts with overseas Chinese shoppers to a whole new level, with visible success.

Taking full advantage of the visit of Kors “global ambassador” Chinese actress Yang Mi (杨幂) to the Spring/Summer 2019 runway show, Michael Kors organized a 90-minute fan meet-up event at its flagship store at Rockefeller Center in New York on September 11. The event attracted more than 700 visitors, with a lot of them purchasing products in exchange for a chance to interact with Yang. The event built upon the brand’s earlier Qixi, aka Chinese Valentine’s Day, collaboration with Yang, in which the actress re-designed the Whitney handbag in black and red for consumers in China.

And This New York Fashion Week party was open to the public, but fans who purchased the Whitney bag before had the priority to meet Yang earlier. That led many consumers to wait in line and run out to shop for the bags before Yang’s arrival. Michael Kors promoted the event on a variety of social media channels that overseas Chinese residents usually use, including Facebook, Weibo, and WeChat, in the days leading up to Yang’s appearance.

On WeChat, in particular, it placed a so-called Moments ad, which enables location-based advertising, to target Chinese readers who are currently in the city. Additionally, the brand worked directly with several Chinese student groups and university associations in New York to promote the event. These Chinese students organically spread the word on WeChat by sharing the event flyer in chat groups.

This time, Yang introduced the Whitney design in pink to her fans, and only 150 bags were exclusively available for sale in that store. Her appeal helped attract hundreds of younger visitors to the event. Besides fans, there were several micro-influencers who showed up to elevate the impact of the event on social media.

“I was invited by Michael Kors Collection’s store manager because I am a VIP client” said Lin Li, a New York-based Chinese internet personality who live-streamed the event to her fans in China. “I am not a fan of Yang Mi, but I have bought a lot of Michael Kors products. So I have some following for my live-streaming channel of people who also have the same fashion tastes.”