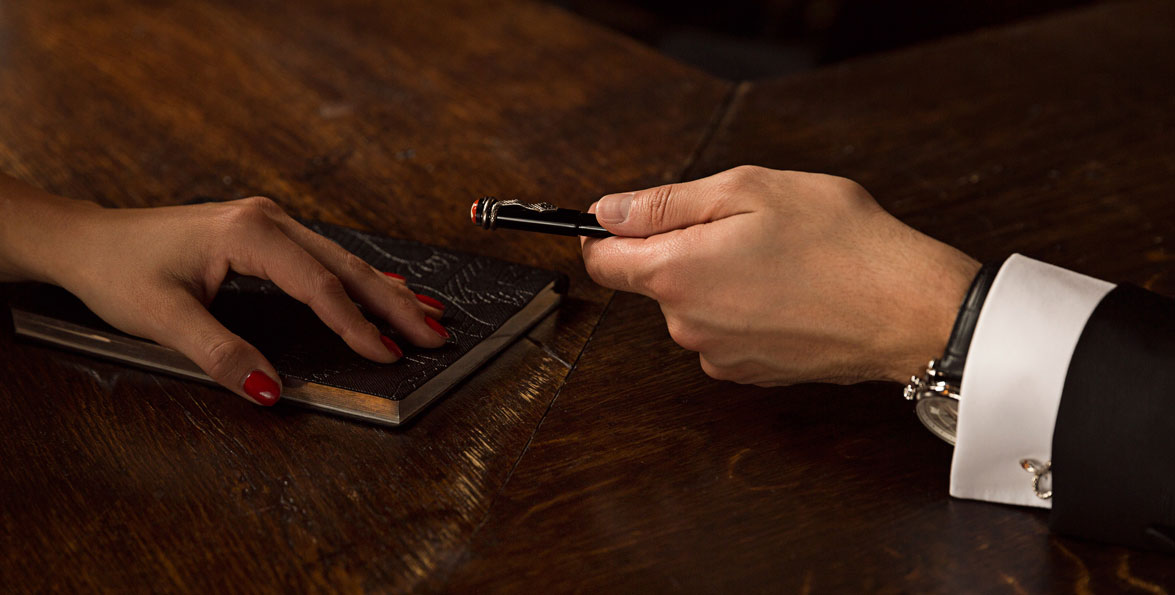 Montblanc is well known for its luxury pens. Recently, the brand promoted its new writing utensil via an interactive WeChat campaign in China.

The Rouge et Noir fountain pen is promoted by the app as a heritage of the 20th century.

Through Wechat, Montblanc explains that the fountain pen was first developed in 1906. At that time, it was considered an outstanding, technical achievement, as it was the first to not need dipping the nib into an inkwell.

Hugh Jackman presents: The Montblanc Story – Pioneering since 1906. For the pioneer in you.

The Heritage Collection Rouge et Noir celebrates the 110-year-old pioneering spirit of Montblanc. Chinese Fans by getting into the app can at first see on an envelope with handwritten Chinese, “Art can’t change the world, but it can change the way people think—and people can change the world.”

Users are transported to the 19th century, thanks to a showcase of Montblanc’s heritage collection and through a series of history animations all about music, art, and traditions.

Read as well: The Ultimate Guide to Wechat Marketing

Users are asked to answer a simple question: Red or Black? Afterward, they are invited to share the app on WeChat.

Moreover, for a short period, some lucky fans had a chance to win limited-edition Montblanc gifts.

In 2014, Montblanc did the same kind of questionnaire campaign to promote its Meisterstück pens with a « Hot-or-Not » type app.