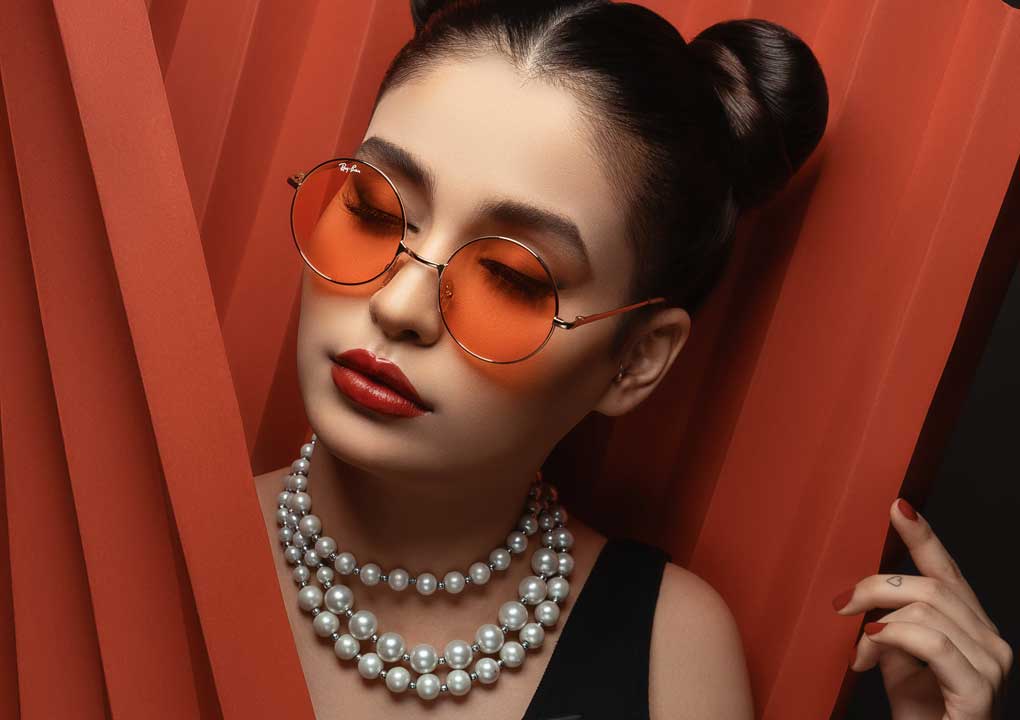 As China’s online fashion market matures, new regulations are being put in place to help safeguard the interests of brands and consumers alike. Here we take a look at some of the key changes that KOLs and e-commerce platforms will need to comply with in order to continue operating in China. So what do these new rules mean for your business? And how can you ensure compliance? Read on to find out.

The E-commerce market is poised to grow in a steady fashion for long-term success Livestreaming is so integral to e-commerce in China, that it generated sales of nearly 9 percent (1.2 trillion yuan) last year. This data comes from consultancy iiMedia and is significant because live streaming only 0.26 percent of total e-commerce sales in 2017 was worth 19 billion yuan.

Livestreaming’s success can be partly attributed to the unique market environment created by the COVID-19 pandemic. This forced Livestreaming to rapidly evolve from an option for brand sales to a must-have.

Market experts say that consumers were forced to stay indoors during the pandemic lockdowns and turned to e-commerce to purchase supplies. The new phenomenon of live streaming was popular and has experienced a rapid rise in popularity.

According to the China Internet Network Information Center, 1.5 million live streaming sessions were performed each day.

It also spawned icons and stars called influencers, who can make online sales worth billions of dollars in a matter of minutes, becoming multimillionaires along the way.

New rules and regulatory scrutiny are now in place to regulate the live streaming sector of the e-commerce sector, which is the backbone of retail.

KOL have to pay Taxes

In some of the most prosperous areas of the country, tax bureaus tell people with unpaid taxes or incorrectly filed taxes that they must act before the year ends or face sanctions explained this lawyer in Shanghai.

This comes just days after Huang Wei (also known as Viya) was punished for tax evasion with a record US$210million.
According to Wednesday’s notice, tax bureaus in China’s most wealthy regions gave celebrities and internet users 10 days deadline to pay any outstanding taxes.

According to the government notice, tax authorities in Beijing, Shanghai, and Zhejiang have instructed those who have outstanding taxes or have incorrectly filed taxes to immediately report them and correct them before the end of the year or face severe penalties.

It was issued just days after Huang Wei, also known as Viya, was punished for tax evasion with a record 1.34 billion yuan ($210 Million). The same offense was committed by two other influential individuals in China, and their Chinese social media accounts were also deleted.

Huang Wei, a social media influencer, was hit with 1.34 billion Yuan in fines on Dec 20. She had hidden her commissions. Viya filed her income tax returns declaring personal income as corporate income and leaving out reports about taxable income for the period 2019 to 2020.

These influencers were all fined by Hangzhou, Zhejiang provincial’s taxation authorities. This is where Alibaba, the e-commerce giant, has its headquarters.

Ma Kainong, a Zhejiang Zeda law firm lawyer, stated that these events caused shock waves in the country’s live streaming industry. He stated that he believed the actions were crucial to restoring market order.

Viya and others are hiding personal income and declaring wages as income to their proprietorships. These are obviously ill-intentioned tax avoidance moves that are subject to taxation regulations,” Ma said, adding that such violations have disrupted tax collection and damaged fair competition.

The Zhejiang Taxation Service explained the reasons for fining Viya in a note. It stated that the current decision was made for the long-term benign growth of the platform economy. Taxation authorities must continue to implement favorable policies in order to maximize services and create a tax environment that is fair.

Livestreaming started in 2016 but has since become a popular practice among consumer brands to keep existing users happy and attract new ones.

Livestreaming offers consumers immersive experiences and personalized advice from key opinion leaders (KOLs) and other hosts. It is an entertainment alternative to shopping in person, according to Derek Deng, a partner at Bain& Co and who heads the consultancy’s consumer product practice in China.

The key to redirecting online traffic to virtual live-streaming rooms is held by unique individuals, who have the potential to be cash cows for live streamers.

Mo Daiqing is a senior analyst at Hangzhou’s Internet Economy Institute. He says that leading live streaming hosts like Viya or Li Jiaqi, who are well-known for their unique methods of selling lipstick, have typical “rags and riches” stories that help to build and sustain their cult following.

Mo said, “So, this wave of tax evasion incidents will deal a huge blow to these icons,” “Viya has more than 90 million followers on Taobao Live.” They might need to knock her off the pedestal.

Deng stated that hosts face increasing conflicts with brands they endorse, not only in their personal image but also over the division of profits and fighting for user loyalty.

Deng stated that goods promoted by KOLs can be sold at deep discounts and may require commissions up to 30 percent, as well as an advertising fee.

“Moreover, selling through a KOL’s live streaming area means that brands don’t have full access to consumer data, which is critical for retargeting or retention.”

These tensions escalated to a public outcry in November when L’Oreal Group, a cosmetics giant, fell out with a live streaming duo over promises of “deepest discount”, which did not materialize.

The company’s mass-market marque L’Oreal Paris had advertised that customers stand to secure the steepest discount for a facial mask if they tuned into Li’s live streaming sessions during a pre-sale for the Nov 11-Singles Day or Double-Eleven-campaign, China’s largest shopping spree.

Later, consumers discovered that they could buy the exact same product for half the price by purchasing vouchers from L’Oreal Paris’ live streaming sessions. L’Oreal offered compensation plans after Viya and Li boycotted the brand.

Mo stated that the snafu also reflects the distortion of pricing systems led by live streamers. This suggests that regulation and scrutiny are needed for the industry.

She stated that merchants are being subject to surging fees. These include traffic fees, commission fees, and fees to guarantee the lowest possible price. This is clearly a departure from the original practice and should be corrected.

As such, established brands are increasingly looking to start their own live-streaming services. Deng says that brands now take a portion of the data from KOLs but many are still popular.

Deng stated that “so-called self-live streaming” positions the brand to retain customers for repurchase and allows timely consumer interaction and support that can increase loyalty and lower refund rates.

Kantar, a consultancy that polled 1,000 people who participated in the Nov 11 shopping gala last year, recognized this trend.

The event attracted 747 viewers who watched at most one live streaming session. 83 percent of those who watched the sessions were able to say they saw them by their favorite brands. This is significantly more than the 43 percent of KOLs and the 30 percent of celebrities participating in the sessions.

Zheng Zhuoran is an independent analyst in digital marketing and said that Viya’s “collapse” is unlikely to lead to the rise of other less-known live streamers. The business is, in essence, a “winner takes all game”.

He said that he is optimistic about merchant-driven self streaming, and suggested new formats like talk shows or cosplays.

He said that merchants do not need to be competitive with each other for sales efficiency or track how many products are sold per hour during self-live streaming sessions. They are able to concentrate on customer education and engaging with their followers every day, which is a valuable asset for brands in the long term.

Liu Xingliang is an internet and technology industry OL who has gained more than 200,000 fans since he entered the short-video/Livestream sector – widely regarded as the hottest social media form in recent years. Despite recent tightening regulations targeting tax avoidance, he is optimistic about China’s bright future.

Liu stated that “looking deep into the industry you could find some loopholes had existed for a while.” He recalled his experience four to five years ago when he was advised not to pay personal income tax. This can reach as high as 45 percent, and instead pay the rate of a privately-owned company, which is typically under 6 percent.

Liu said that the rate was tempting but that hidden taxes would soon be exposed. So, he refused to accept the offer immediately.

Viya avoided 643 million Yuan in taxes and 60 million Yuan of underpayments between 2019-2020 by hiding her personal income and making false tax declarations.

Mogujie.com is one of China’s largest fashion-focused eCommerce services. Recently, it decided to reduce 30 percent of its staff. According to Yicai.com, the technology department had the highest percentage of layoffs, reaching around 80 percent.

Mogujie.com declared in July 2019 that it would “fully adopt the Livestream business”, which contributed more than 90% of the platform’s total gross product volume (GMV) according to its quarterly earnings reports through June 30. source

Zhu Chenhui (also known online as Xueli Cherrie) is another top influencer in Livestream e-commerce. She is reportedly busy clearing out her inventory via offline channels at a price of 1,000 yuan.

After being slapped in November with a tax evasion penalty, Xueli hasn’t been able to stream again. Shortly afterward, her Taobao shop also closed.

Brand merchants are the main players in the live streaming industry. They promote their products and live streamers. There are also platforms that offer technical support. The live streaming business model has matured and has proven to be resilient over the years. However, Liu stated that the Viya penalty has shaken the top influencers. They can’t enjoy the wild money-making as well as they used to. He noted that the industry reshuffle would benefit the supply side.

Influencers with high traffic have access to huge amounts of resources, which allows them to squeeze as much space as possible for smaller and medium-sized hosts. This gives them an advantage when negotiating with brands.

The council reviewed Livestream marketing activities on Taobao and JD.com. It also examined 17 influencers who were present at the Double 11 shopping festival. The probe found that five influencers engaged in exaggerated promotions.

Observing the spotlight on top influencers, it is clear that Chinese consumers who became “addicted”, in some cases, to Livestream shopping during pandemics, won’t abandon this new way of buying goods. Instead, they will be more focused on products and will accept less well-known hosts. Industry analysts claim that this will lead to increased acceptance.