Skateboard Trend In Fashion Ready To Take Off In China Market 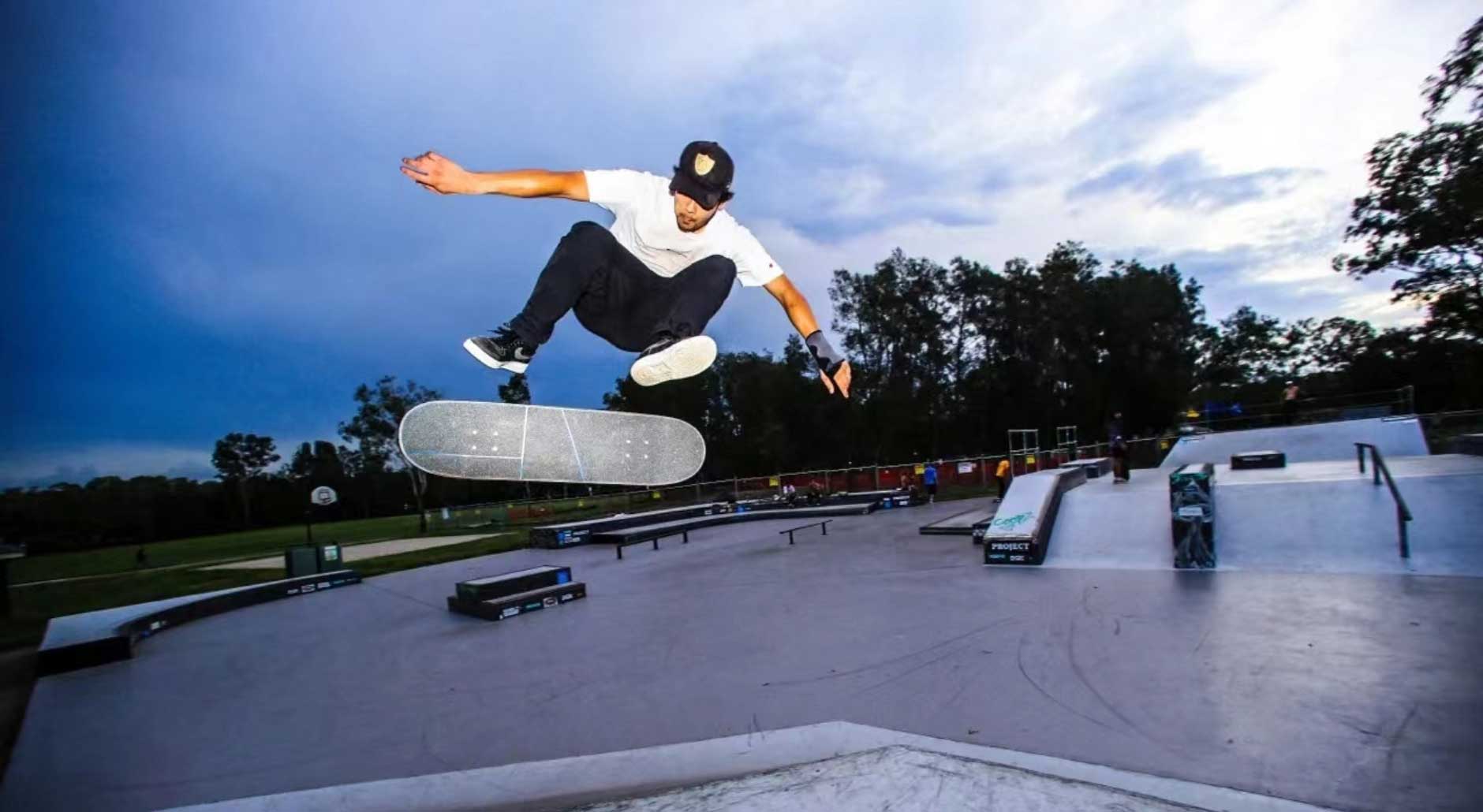 Skateboarding is more and more popular in mainland China, especially among young people. If you want to enter the world of trends, you must first have a board. Even in the 2020 Tokyo Olympics, skateboarding is officially included in the competition, for the first time from the niche street culture into the global arena of competition. How much do you know about the history of skateboarding? How fashion brands are targeting the Chinese Gen Z with skateboarding?

More fashion trends you need to know in our white book.
Click HERE if you want to receive a copy

The Story of Skateboarding

From Counter Culture to Outdoor Lifestyle

In the 1950s, one of the most fashionable sports of today was born for the first time: skateboarding. This sport, based on the need to transfer sports such as surfing to the surface of the earth, originated in the land of California, more specifically, it originated from the surfers of the region who were then committed to creating their own surfboards land surfing, or better said, as its English name suggests, its “land surfboards”. It is important to note that these boards had skateboard wheels added to them, and it was at that time that skateboarding was born.

Skateboarding culture grew from the 1950s to 2022 and is today a multi-billion dollar industry that affects the livelihoods of millions of people around the world through a form of both art and sport. In its own history, skateboarding also has museums that showcase its cultural lineage, a hall of fame that honors its people and a documented historical chronicle that reinforces the special characteristics of this free cultural core.

Skateboarding Success and Trends in China

In 1986, an American skater came to China to learn the Chinese language. During his visit, he brought skateboarding to China before the term “skateboarding” even existed in the country. Skateboarding in China officially started in 1989 and has been developing for 30 years now.

One is the movie Gleaming the cube, which was released in the U.S. in 1989 and also landed in mainland China in the 1990s, where a lot of skateboarding action ignited a lot of young people’s love for this cool sport. Many people got into skateboarding, and eventually, some of them became the earliest generation of skaters in China.

As of today, there are 2,558 skateboarding-related topics on Weibo, and the #skateboarding# phrase has 750 million reads and 509,000 discussions.

According to recent statistics, in Shenzhen alone, the number of people who play skateboarding has exceeded 100,000. According to a sports-related report released by Jitterbug in 2021, skateboarding became the fourth most liked Olympic sport after soccer, basketball, and swimming, and before table tennis. For a country that always loved table tennis, ranking skateboarding above is a strong moe.

Skateboarding has led several waves of trends, but today the high-end fashion world has adopted skateboarding as a fashion trend.

Vans, the original extreme sports footwear brand, continued to promote skateboarding culture and encourage unconventional creative self-expression, conveying the spirit of the Off The Wall brand to consumers on the Tmall Super Brand Day with the theme of “How Much Love, How Much Fan”.

Vans teamed up with Asian soccer player Fan Zhiyi to bring out a short film with the theme of “How Much Love, How Much Fan”, paying tribute to the spirit of skateboarding that never gives up. With the brand’s cultural fit of supporting and promoting the development of skateboarding, Vans has teamed up with Thrasher to launch two limited-time custom graphics with his iconic flame and the classic black and white logo as the core of the design.

Consumers can visit the Vans Customs free custom shoe platform on Tmall, select the co-branded pattern and combine it with their own creative design of Skate Classics shoes to customize their own Vans x Thrasher free custom shoes. At the same time, Vans has also set up an offline flash store “Vans Vans Footpath” at Shanghai TX Huaihai｜Young Power Center, allowing consumers to experience the brand’s creative features in depth.

Find your Brand’s Niche in the Fashion Market

Skateboarding is a niche culture that is undergoing its own renewal and iteration in the street scene. In this, some people miss the past, some people embrace change, same is, skateboarding is an individual choice. Both for menswear and womenswear, the skateboarding trend is a good way to seduce Chinese young fashion shoppers and boost your sales.

Engage with Chinese Youth on Weibo and Douyin

For your marketing in China, social media are the key to building your brand awareness. Every day, Chinese people spend about 6 hours per day on the internet. On your brand side, it is an incredible opportunity to be discovered by them and engage with them. The best tools to do so are Chinese social media, and two in particular: Weibo and Douyin.

Build your Community with Weibo

Weibo is a nice platform when you want to increase your exposure and build your audience. Sina Weibo was launched in 2009 and means “microblogging” in Chinese. The platform is often compared to Twitter, since the feed is dense in information from news, influencers, brands, debates, etc. The skateboard community and sports community are very active on Weibo since they can share the latest news and activities about it.

Get Viral with Douyin

Another social media platform you can use is Douyin. This is the Chinese equivalent to TikTok, where you can scroll through entertaining and interactive videos all day long. The skateboard trend is very strong on Douyin since skateboarders are sharing their last impressive figures, reaching millions of reactions on Douyin. The sportswear and menswear brands also launched their account and store on Douyin, like the Chinese sportswear brand Li-Ning to convert those sportives into consumers.

Boost your E-Commerce Store on Tmall

Tmall is the best marketplace for fashion sales. In total, 60% market share of e-commerce sales is detained by Tmall. The majority of Chinese consumers have high trust in the platform thanks to strong customer service and fast logistics. The major luxury and fashion brands are available on Tmall since the platform also launched the Luxury Pavilion for VIP clients and Chinese HNWI.

In May 2022, Tmall Global even launched the “Summer Skateboard Program” to be aligned with the Hangzhou Asia Games coming. The platform also collaborated with overseas skateboard groups and fashion labels. The event launch is great proof of the success of the skateboarding trend and how the star platform is likely to invest in it. Especially when you launch your Tmall store with a Tmall Partner (TP), you have access to the industry data and recommendations of the platforms. If your brand is performing in one of the hot categories, Tmall will boost your store.

How to find a TP or Marketing Agency? Contact us

Indeed, there are many opportunities to develop your business in China. Skateboarding is emerging as a fashion trend in several Chinese cities, which cannot be separated from the digitalization of society and new marketing tools. We are a digital marketing agency but also a TP (Tmall Partner).

In China, GMA is a company that specialized in digital marketing. With 10 years of experience on the Chinese market and a location in Shanghai, we understand how to effectively market your company in China based on the market and Chinese consumers. Our 75+ marketing experts understand the latest technological advances and market trends, allowing us to provide you with a comprehensive service, from business consulting to marketing operations.