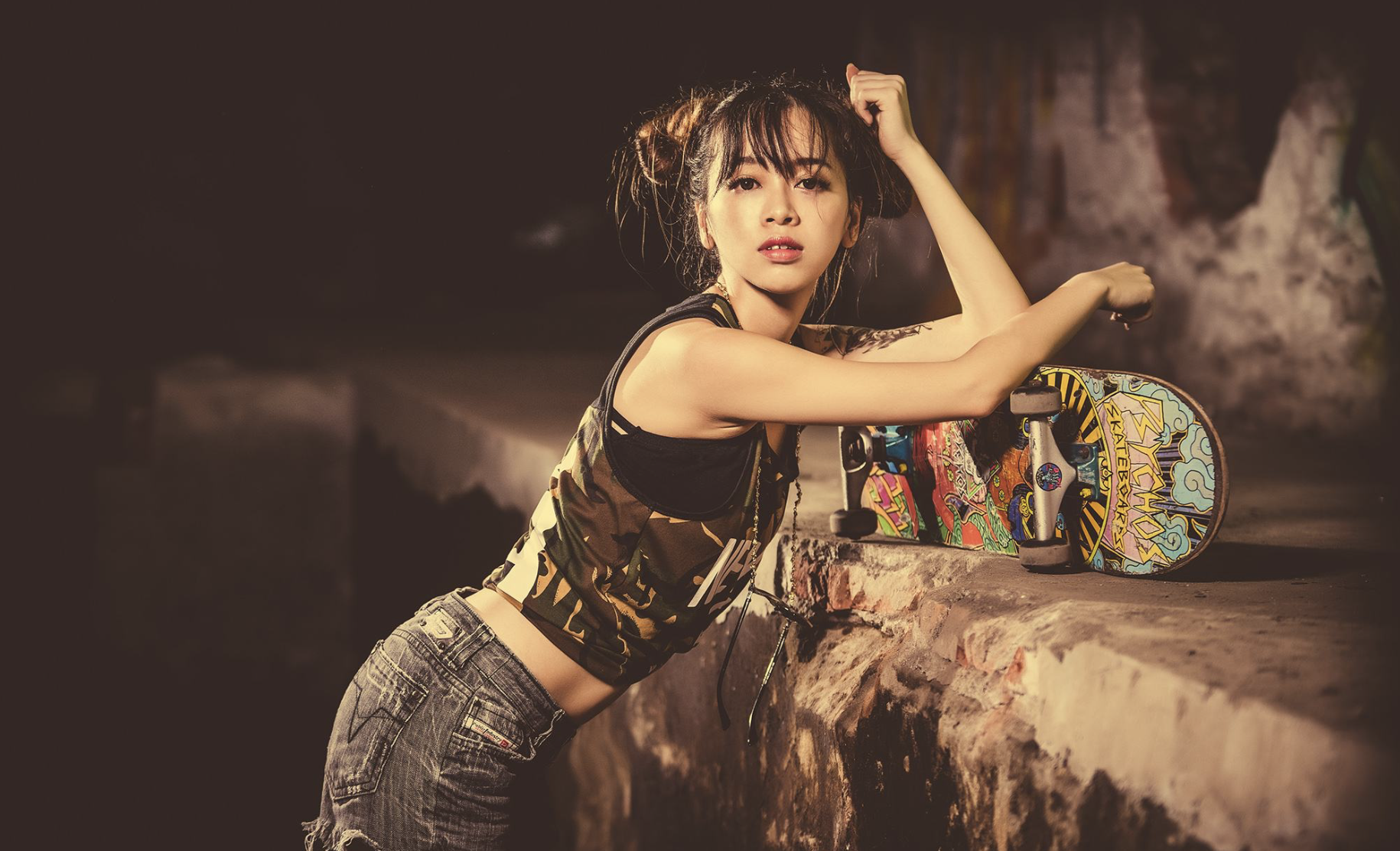 The most visible change in China these two years is about the rising of hip hop culture. The launch of “The Rap of China” has played a decisive role in favor of this trend. China has a booming youth market with a new breed of young, cool Chinese Gen-Zs who are putting Chinese street style on the map.

“I always hoped that one day our young people on the mainland would become as cool as the kids in those other cities, shining with their own personalities and styles,” Liang explains. “This is what we’ve been working on: introducing the elements of a streetwear lifestyle with a global vision to young Chinese people and helping them find their own styles.”

Liang Chao is the founder of Yoho! a platform that caters to China’s urban youth culture.

Yoho! or (有货You Huo in Chinese) was created in 2005, and it is currently one of the most influential platforms for hip-hop culture and trends in China.  It builds an online and offline presence, having a platform based on content sharing and product selling (e-commerce platform also) and organizing offline events. Its business model is based on media + retail + events. Yoho! provides Billions of young consumers with trends information, product sales, and services.

The media division brought in just under 100 million RMB

According to the company’s 2017 figures, the e-commerce arm of the business generated revenues of about 2 billion RMB (approximately $306 million). The media division brought in just under 100 million RMB (approximately $15 million), split over the Yoho! Boy, Yoho!Girl sites, WeChat, and a streetwear community linked to its streetwear lifestyle app Mars, which was launched in 2016.

While Yoho! might seem to be little more than a Post-’90s escapist platform for hipsters to keep up to date with A-list Asian idols like Kris Wu and Kiko Mizuhara, or to window shop for cult labels, it is in fact a highly strategic, layered business model attracting a lot of “Fu Er Dai” which means wealthy second generation, and other Chinese consumer youth demographics.

Over the years, Yoho! has managed to stay ahead of the curve in a fast-changing youth market, but as the Chinese streetwear sector becomes increasingly crowded, even trailblazers like Liang will have to stay vigilant to keep up. In fact, this booming sector attracts also a lot of investors and creators.

Chinese consumers are attracted by what is on the top. LV one of the leaders of the luxury sector and supreme, giant of street fashion, this collaboration caught all the attention during its launch.

In early July, Louis Vuitton opened a pop-up store at a gallery in the trendy 798 Art Zone in Beijing to sell items that the two brands created in collaboration like hoodies, key pouches, and the classic LV Keepall emblazoned with logos of both brands. There was a fierce dispute between fans and re-sellers. It was originally planned to open this Beijing store until July 14 but on July 2, LV has already announced in its Weibo account: all products were sold out.

The Chinese bought 46% of the global luxury goods

The Chinese bought 46% of the global luxury goods. This is the data for 2014, but now the domestic luxury market has also ended the period of rapid growth, mainly because the behavior of domestic luxury consumers has changed a lot. They are no longer paying a lot of attention to big brands, but turning more toward niche brands, pursuing the feature of individuality.

LV apparently has realized that the market has slowly changed, young people can spend the same price as for buying an LV product to buy a Supreme Box Logo, or they can also buy a pair of Balenciaga sock-like shoes priced at 5,000.

To leverage Chinese Media is important. While the convergence of media and commerce is nothing new, what is clear from Yoho!’s success is that China’s digitally native youth want seamless brand experiences. With the media arm sharing content, the retail element selling products, and the events promoting culture, Yoho! consistently controls how customers perceive the brand.

This is the most used platform for micro-blogging in China. Chinese consumers are very connected online and they use to follow information and trends through social media platforms. Launched in 2010 Weibo, is considered Twitter in our countries. It’s a unique platform in China, where users can express themselves. Due to the strict censorship of media in China, Weibo has quickly become a favorite among Chinese people. The government and police have also their account to communicate and receive information.

Set a Weibo official account can allow you to share information with a larger range of people while on Wechat, users have to follow you first in order to see your posts and activities.

Everybody talks about WeChat. WeChat is so useful. WeChat is the place to be. You can do all you want on Wechat. WeChat for companies it’s the best tool. What is it?

WeChat is originally a communication app but it has developed a lot of utilities over years and now it is applied in a lot of business’ marketing strategies.

More and more brands have developed a real engagement system (CRM – Customer Relation Management) on WeChat in order to create a relation between them and their customers. So it became easier for clients to contact their favorite brands and get in touch with them by reading/watching their content. WeChat offers a way closer to get in touch with your target consumer.

Streetwear fashion is becoming more and more trendy in China, attracting most young Chinese consumers. They are seeking individuality and specialty to express themselves.

Do you want to start a business in China? Do not hesitate to contact us if you want to discuss this further.

GMA is a specialist in digital marketing in China. We have developed many successful projects because we know how to effectively promote your business in China by using the latest digital tools.