The Secret of Michael Kors’ Success in China [2022] 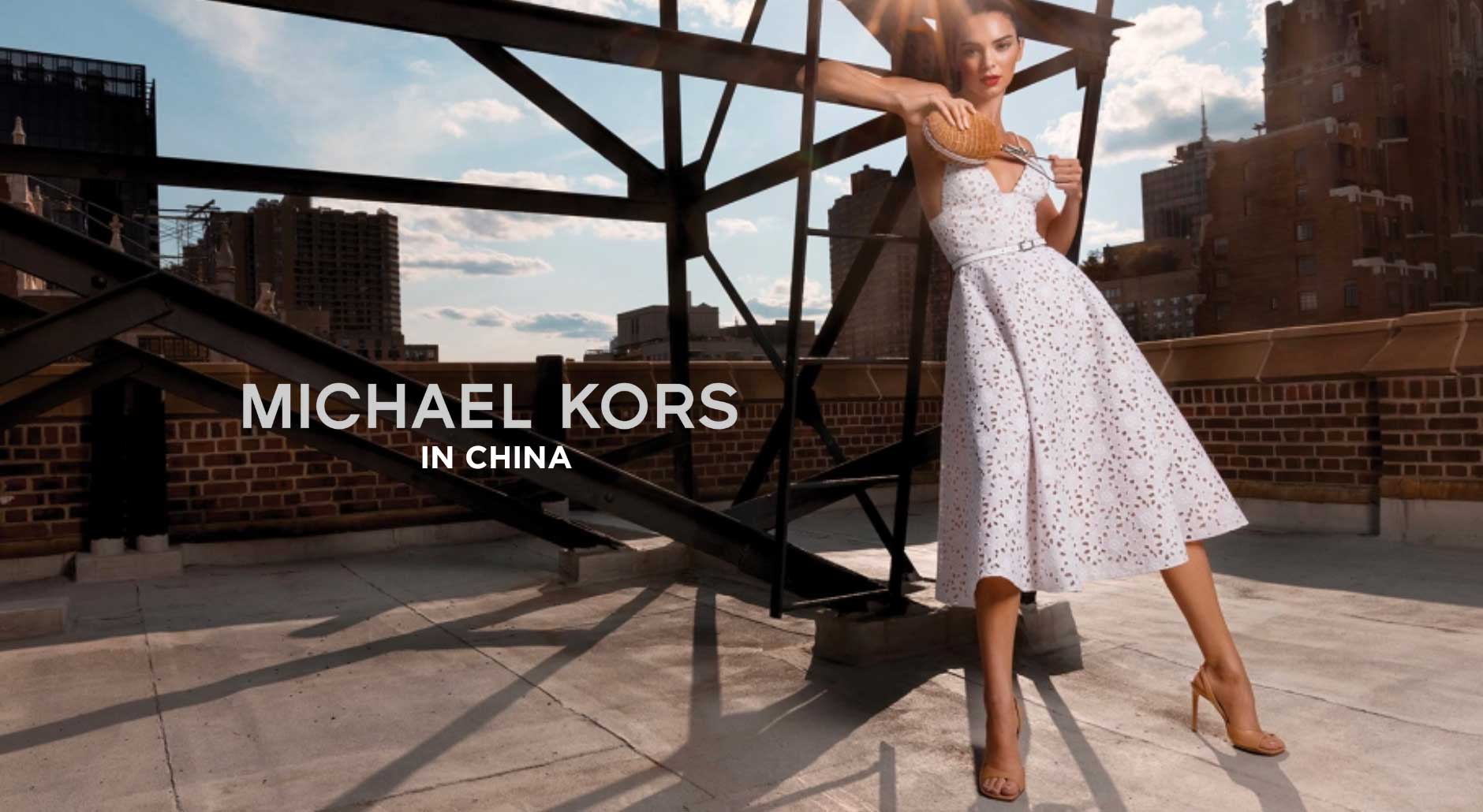 While high-end luxury sales have been reduced over the last few years, affordable luxury brands have gained popularity among Chinese consumers. Of course, the Chinese Gen Z dreams of purchasing a Dior or Louis Vuitton bag but now turns to affordable luxury brands in a quest for differentiation and product accumulation. This trend is also driven by the “as seen on celebrities” on Chinese social media. Michael Kors understood it well and decided to highlight Bella Hadid on the account banner of its Little Red Book official account, one ingredient of its secret success recipe.

And they understood, even more, creating the right recipe for success in China. In this article, you will discover their key activations on both social media channels and e-commerce platforms.

Since 2013, affordable luxury brands such as Michael Kors have seen significant sales growth due to the Chinese increased middle-class and the popularity of e-commerce platforms. Michael Kors is an American fashion brand established in 1981. The luxury brand includes products such as accessories, footwear, watches, jewelry, men’s and women’s ready-to-wear, eyewear and fragrance products. Today, the brand has more than 770 stores in 85 countries and is an award-winning designer brand.

With the aim to integrate its business into the Chinese market, the fashion brand launched its Chinese-language website in 2013. Yes, the designer brand already joined the market 10 years ago. They have used some of China’s most famous models to promote the brand in the country.

During the last years, Michael Kors has become the most searched American brand by Chinese Internet users in the affordable luxury segment.

Nowadays, the purchasing habits of Chinese luxury consumers are changing. Now they prefer niche brands such as Michael Kors instead of traditional luxury brands such as Gucci and Louis Vuitton. They consider the niche brands as a way to differentiate themselves from the rest of the Chinese luxury consumers. In this quest for differentiation, they will look at social media platforms and e-commerce platforms to know the latest products and limited editions of the brand.

The Launch of JingDong Store with Qixi Collection

The fashion brand officially launched its JD.com store on July 24th, 2022. They present a wide range of their assortment, including bags, footwear, and apparel. In order to create a buzz around their arrival on JingDong, they decided to match the launch with the release of a Qixi Limited Edition, at the occasion of this renowned Chinese Valentine’s Day.

Michael Kors launched a capsule collection with 3 romantic bags matching the Qixi Day storytelling. In their strategy, they partnered with JD’s Little Magic Cube, a marketing channel inside JD to promote new products. As an e-commerce platform focused on technology and innovation, JD proposed a special program for cutting-edge fashion brands. With the Little Magic Cube, the turnover of these selected emerging brands in the first 24 hours of their success has increased by more than 50% YoY during 618.

A Strong Word-of-Mouth and Promotion on Little Red Book

This festival is very important for Chinese people and MK jumped on this key festival. The capsule collection is a success, with several users sharing their last purchase on Chinese social media.

If you have not heard about this special day for Chinese consumers, it is an ancestral tradition. According to the legend, the Emperor’s granddaughter was feeling bored in Heaven and decided to go to the mortal world. She fell in love and married a poor cow herder, but the Emperor ordered them to separate. From now on, they have the right to meet only once a year, on Qixi Day.

When you browse on Little Red Book (also called Xiaohongshu), you can see a lot of UGC content with shopping notes. They are a combination of KOLs, KOCs, and regular users sharing their feedback and outfit with the bag. Michael Kors is combining this success with promotion and paid ads in the LRB feed. This combination of PGC and UGC with paid ads is helping the brand to boost both its account and store.

Michael Kors has a Strong Presence on Social Media Platforms:

These days, brands are more aware of Internet power, especially in China and therefore they are attempting to establish relationships with consumers through social media platforms and Michael Kors is doing a great job. When they entered the market, they opened WeChat and a Weibo official accounts. Today, the brand has even expanded to a Little Red Book official account.

Maybe, one of the main reasons for Michael Kors’ success is that the brand has integrated digital tools such as social media platforms into its marketing strategy. The fashion brand has an active presence on WeChat and Weibo and is continually launching campaigns via those social platforms in order to interact with its followers and provide them a personalized communication. On Little Red Book, they are launching targeted campaigns and paid ads to drive traffic to their RED store.

Michael Kors has Launched Many Campaigns on Weibo and Wechat

Through different online campaigns, Michael Kors has improved its brand recognition in China and has engaged with consumers. Today, the online reputation of the brand is positive and its iWOM is important. The reason behind this success is the digital innovations made by MK coupled with the right PR campaigns.

In 2014, Michael Kors opened its first flagship store in Shanghai, and the brand developed a campaign around the event called “Jet Set Experience”.

For this campaign, Michael Kors caught the consumers’ interest by posting content related to travel on Sina Weibo. Then, the luxury fashion brand introduced contests on WeChat and Weibo to increase the interaction with users. The next step was to join together with ELLE China, the prestigious fashion magazine, and also with social influencers in order to gain credibility. In addition, the brand created a microsite where influencers could show their versions of the jet set lifestyle.

Through many contests, especially on WeChat, users had the chance to attend the Jet Set event. Nonetheless, the American brand launched a 360-degree application that allowed users to watch the fashion show.  In addition, the brand also provided content about the event via social platforms.

Thanks to social networks, Michael Kors has the chance to reach a huge number of potential consumers, communicate with them, and increase their sales. Michael Kors is still combining online and offline strategies to get a maximum impact in China. In July 2022, they even joined the e-commerce platform JingDong (JD) to reach a wider consumer audience.

How to Increase your Presence and Sales in China?

If you want to increase your presence and your sales in China, you can incorporate digital marketing into your local strategy. At the start, MK combined a PR campaign with digital features such as WeChat mini-programs and influencers’ collaborations. If you are looking for these kinds of services, don’t hesitate to contact us.