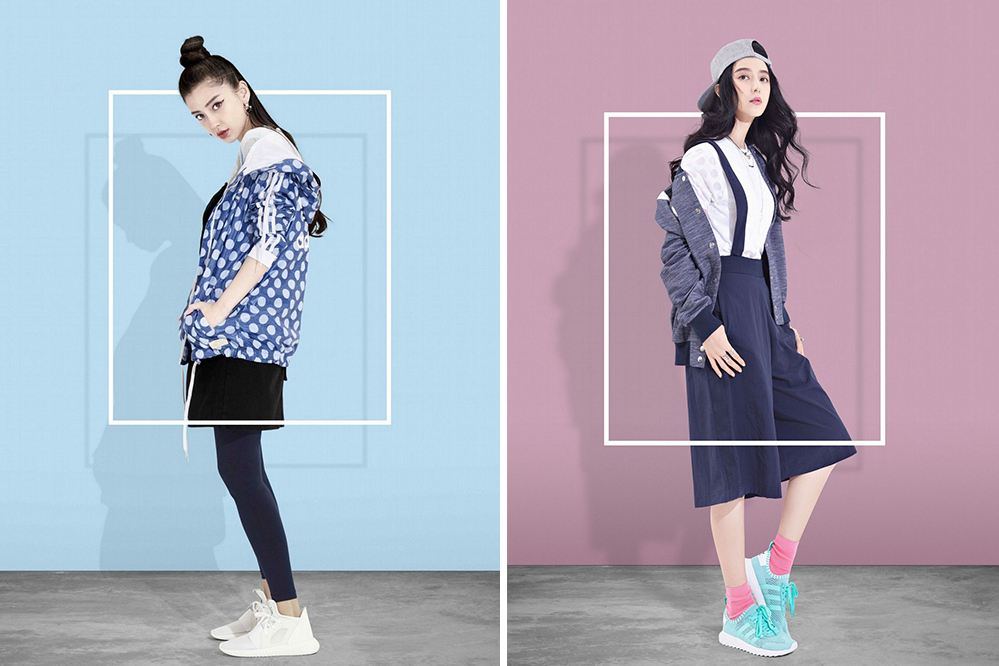 Chinese sports culture is evolving at a whirlwind pace. From the first manufacturing supplier to an emerging country for consumers of products and sports spectacle. A potential that appeals to all players on the market. Which already sharpen the weapons.But what are the characteristics that make the market of activewear so proficient?

Since 2001, when Beijing conquered the 2008 Olympics, China has seen its fitness / wellness sector grow in a prodigious manner. According to a report published by Gasc, the fitness and sports (Lifestyle) market has grown over the last year and a half – a period not certainly favorable on the economic and financial level – of 8.5%. A remarkable figure that testifies an important change compared to the past: before the Olympics appeared on the horizon, in fact, Beijing could count on just two Western “inspiration” fitness club.Today, nine years later, the Chinese capital has about 500 centers with 3 million members.

Liu Qingzao, a professor at the Shanghai Sports University, said that the future of fitness in China is still very promising, with a considerable market potential also for the world of sport in the round helped the segment of sportswear.

Almost 400 marathons were held in China in 2016, with 2.8 million people taking part.
The new generations of Chinese, especially millennials, in addition to running and marathons seem to appreciate more and more even the gym. Traditionally, the Chinese love slow movement, with practices such as tai chi, but millennials are keen on gym activities more like the western ones, such as body building, CrossFit or aerobics. Between 2012 and 2018, according to data released by the Xinhua news agency, in the 70 main Chinese cities, the number of people attending the gyms has grown by 4-5 million annually. The manufacture of sports products has represented in 2016 about 86% of the Chinese sports industry, with a turnover equivalent to 1.7 billion yuan (about 247 million US dollars), according to data from the Chinese sports ministry. Domestic demand for sports-related consumption has increased significantly in recent years. The Chinese not only buy more and more sports items but with the increase of the passion for fashion they always want more style clothing, but linked to sports activity

Virgil Abloh at Louis Vuitton and Demna Gvasalia at Balenciaga have started contamination in the fashion world, where sportswear and streetwear embrace luxury. And looking at the figures it seems clear that it is not a passing trend, but many desires of young people and not of China. Moreover, luxury activewear is increasingly widespread. This is demonstrated by the report: “True luxury global consumer insight 2018” by the Boston consulting group: of the 12,000 luxury Chinese consumers interviewed, 48% say they have “embraced” casuals because it is now socially accepted on several occasions, 31% due to a formalwear saturation, while 27% more comfortable. This is not just about Millennials: the choice of is also contaminating the over 50s and over 60s. Whatever the reason behind the choice, according to the Bcg report, investments in sneakers in the Middle Kingdom will increase by 37 % while those in of 35%.

Anta and its marketing strategy

Founded in 1991 in a small workshop in the city of Jinjiang, Fujian, the Anta brand has become one of the great ambassadors of the modern “Made in China”. Where quality and design are the masters. In 2016 alone, the group led by Ding Shizhong generated revenues of 2 billion dollars on Chinese soil.

Anta, 安踏, whose Chinese meaning means “safe step”, sure step, does not seem to make a mistake. The company grows year after year, going to dent the primacy of the sporting retail of big which Nike and Adidas. Several secrets of his success:

HOW CAN YOU SELL IN CHINA WITHOUT “E-COMMERCE”

Surely e-commerce has played a fundamental role. Anta has, in fact, flag-ship stores in all the main digital trading platforms of the Dragon. In addition to the fact that he has always participated in events such as “Double 11” or “Tmall Fashion Show”. A way to get straight to the heart of today’s Chinese consumer to AIP’s research, in almost 6 in 10 internet users prefer to buy clothing and accessories online, over 30% more than users in Singapore, for example. The growth of the platforms and is still growing as 8 out of 10 Chinese go out now without a wallet because they buy everything from home.

Other distribution in China is complicated and expensive.

The Chinese put in place a particularly long process before ordering something online on platforms like Taobao or TMall (to name the most popular). They also pay close attention to the products to make sure they are not counterfeited, accustomed to moving in a market that is also famous for copies.

First they look at the advertising photos of the products: they offer them a first impression. Then they go to all the details related to the product and the reviews.

To gain the trust of the Chinese consumer it is therefore essential to insert a detailed description and have a good reputation. In fact it is through the websites and social media that Chinese consumers take their positions towards a brand
Anta has created a community in the second and third cities of China, creating an image of style and communication, thus bringing a positive flow in its digital image.

To develop brand awareness, both inside and outside China, the company is collaborating with several brands and well-known faces in the sports sector, such as the Japanese brand Descente. If we follow the NBA, we will see how the Anta logo is omnipresent in its advertisements. While he has already enlisted several basketball stars among his ranks. Anta has indeed embarked on an aggressive promotional campaign to earn the trust of millennials, counting stars like the teen idol Wang Yuan, increasing iWOM.
A fitness KOL who advertises about health and fitness related products will always be the most effective to reach out to the right audience; this also applies to other brands and industries.
All in all, to reach the right audiences, brands will need to reach out to the right Key Opinion Leaders, and provide right content.

GMA is a digital marketing agency focus “China”. Through our professionals and our multicultural team we can help you depopulate in the Chinese market, and perfom.