It’s not a secret : Asian guys enjoy dyeing their hair to stand out from the black-haired crowd. From the extreme fashion dyes for standing out to the discrete dyeing to to smooth his hair defects in society, the hair colouring market for men in comfortable in China.

Extreme dyes, a trend made in South Korea

Trendy haircut styles in China are currently launched by famous Korean K-pop singers, the KOL – Key Opinion Leaders – as we’re use to explain it in our others articles. Most of the time, each K-pop bands count at least three members with heavily bleached hair.

A need to stand out

In a society where the entire population does have black hair and bridled dark eyes, finding your own personality and feeling unique is more complicated than in the West, where ethnic diversity is well established. Young Chinese people do feel the need to stand out. Some will copy the western appearance by dyeing hair in blond, ginger and medium brown; some will explore all the rainbow shades without timidity whereas the majority will just improve their black cast by adding some reflection : chocolate brown, darkish brown or blue-black.

No need to exaggerate : unlike Japan or South-Korea, Chinese men looking for hair dying mostly improve their colour only a half-tone lighter, as medium-brown, or ask for a light reflection. The main idea is to look neat and trendy, definitively not to become an eccentric. Conformism remains an important notion in Chinese society : merits as well as misfortunes spill over one’s social circle. Better than to please everyone, from boss to grand-ma through girlfriend and mates’ approval.

Chinese society has abounded Western models since its opening to the rest of the world. It is difficult to find one’s way between outside influences and traditional influences, but Chinese men have a tendency to coquetry and androgynous hair style that is equally pleasing to the opposite gender. The ideal Chinese man of younger generation has all the bad boy androgynous way of a Korean singer: tall and slim, hair provided with rebellious wicks, long thin nose like western folk – contrasting with the typical flat Chinese nose – and beautiful expressive eyes with long lashes.

It is not a mystery if Chinese men do not hesitate to use plastic surgery for the eyes and reshaping the nose structure, as well as buying a profusion of male beauty products. A beautiful clear skin without imperfection is a must-have in the Chinese society, without being any gender tendency.

Blond hair by Chinese guys went quite out of fashion for 2018. Those who keep peroxidise their entire hair have a real desire to look like the Caucasian model and sometimes add blue contact-lenses and skin bleaching. The actual trend is now more like Korean K-pop singers : a wild blond wick among natural dark-hair.

The wicks remain a good compromise between the desired originality and discretion, with greater ease to cover up (or cut!). In this matter, the choice is not very different from Western men who choose to use hair coloring.

If you believe that Chinese men never get white hair when growing old, you’re wrong! In fact, it is a very common habit to dye their white hair in black again, so to look younger. Having uniformly black hair does matter in the professional life to look more dynamic and serious, also in the private life to be still looking like a fit husband. That’s an interesting contrast for a society that keeps considering with great respect the old generation for their assumed wisdom.

Having white hair is then a real matter in China, both for men and women. Politics and celebrities are the first example, when the old Communist Party members all appears with glowing black hair despite an advanced age.

Thirties Chinese men suddenly discovering their first white hairs live it as a personal drama :  how to get rid of it ? The high pollution in big cities as well as nutritional deficiencies and pressure at work are the most basic reasons to the recent growing amount of young Chinese men getting white hair at an early age.

It actually exists an old Chinese treatment to avoid white hair appearance and baldness. This miraculous solution is a plant transformed into organic powder to drink as an infusion, called in Chinese He Shou Wu (literally meaning ‘black hair’, even if it does not directly change the hair colour!), which must be daily taken in a cure of three months. Its effectiveness has indeed been proven and its is used since hundred years by Chinese folk.

Fashion China Agency is a specialized agency in the Chinese market supply and demand. We help your company to establish in China by choosing the most appropriate digital communication for your business, in order to reach faster your targeted customers.

Why Fashion Brands are The Most Dependent on Chinese Consumers?

For several years now, China is becoming unavoidable for most of the luxury brands in the world. In 2021, luxury sales in China will surely continue to grow. Regarding the global pandemic, China recovered from its… 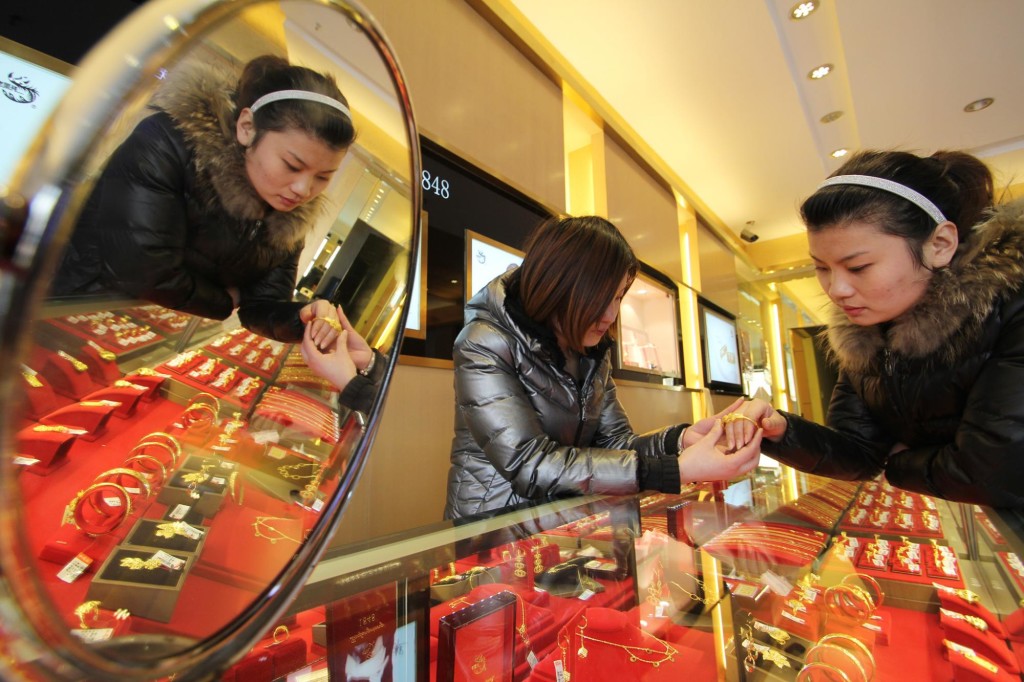 Chinese Consumers Have Developed an Increasing Appetite for Gold

What are the reasons for Chinese consumers taste for gold? Gifts and the desire of a high social and economic status are the main reasons why Chinese shoppers want to buy gold. There are several social…

China for many decades now has been the preferred destination for outsourcing manufacturing of many products by global companies. The low-cost of labor, and material gave them this preferred status. Though, China enjoyed this status, it…

Chinese Women are The Prime Fashion Consumers in China

Fashion market in China, which was earlier dominated by male consumers, is now experiencing a huge female following. This growing sense of fashion among women in china is attributed to the growth of social awareness, with…

10 Things You Need to Know About Fashion in China

What does "Fashion" really means for Chinese? Back in time to 10 years ago, what Chinese people care more about in fashion? It was all about status and how many luxury brands they could have in…