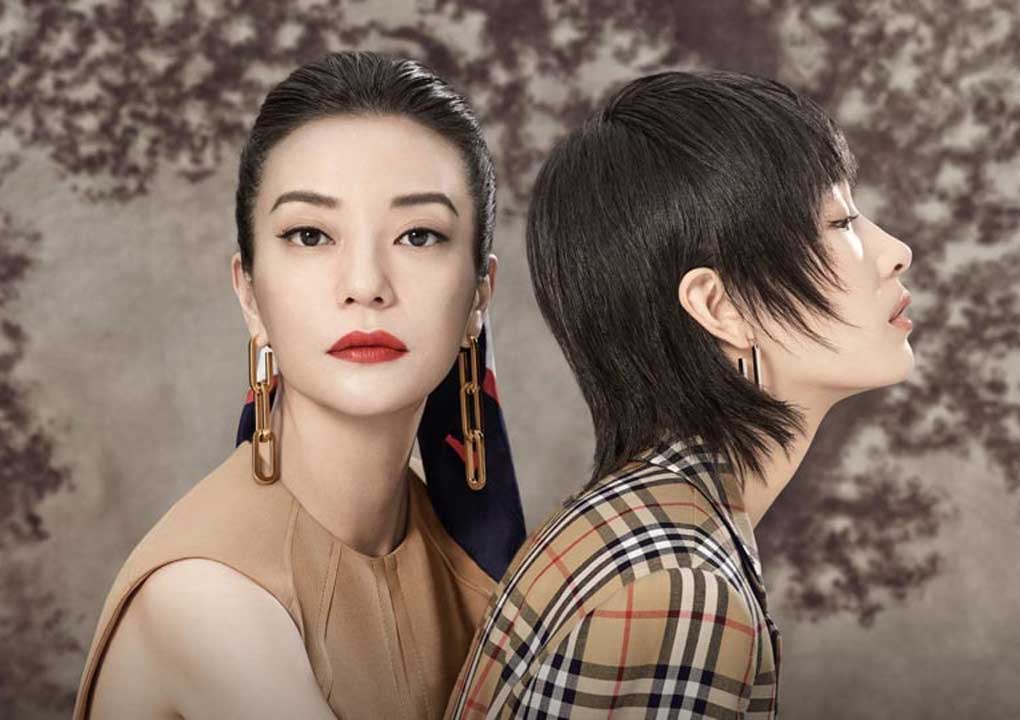 Luxury and fashion brands are entering China to meet business opportunities. But they tend to forget how different the Chinese culture is from the West. Such a misunderstanding is a threat to international brands that could suffer from boycotts and online bad buzz due to cultural appropriation or criticisms. If you head towards China to boost your sales, you should better avoid “faux-pas” by knowing the sensitive topics and taboos in China.

In 2020, the boycott of trends has accelerated especially with accusations regarding the Coronavirus outbreak. On Chinese social media and forums, you can find several topics about “insulting China (辱华)”. The average search volume of “insulting China (辱华)” on the Chinese Google called Baidu used to reach 150 in the past years. In 2020, these online queries reached 339. Due to the fragmented offer with tons of social media (WeChat, Weibo, Little Red Book, Douyin, etc…) and the millions of users, any opinion can spread very fast.

In 2022, Dior is under pressure with their 22AW collection featuring Chinese design elements 马面裙Mamianqun and calling it “an original and iconic Dior silhouette”. After “insulting China (辱华)” the current hot topics on Weibo are “cultural appropriation” and “plagiarism”.

The Coronavirus outbreak started in Wuhan in December 2019, apparently on a market. The international public opinion did not need more to associate the virus birth with Chinese eating habits and unhealthy lifestyle. In the meantime, in a world transformed into a giant traveling hub, Covid-19 spread worldwide. The West used to blame China for being responsible for the virus outbreak. Several acts of racism were spotted in European cities, such as the Parisian metro scandal. Even brands decided to go further with Chinese habits.

The Italian designer brand Elisabetta Franchi jumped on the occasion to criticize Chinese eating habits. For instance, the Coronavirus is suspected to originate from the consumption of pangolin, a protected animal. The designer brand decided to highlight the eating habits of protected and loved animals like dogs. Elisabetta Franchi even mentioned on social media that 15% of Chinese eat dogs to criticize the treatment of dogs and animals in general in China. Chinese netizens took several screenshots and posted their reactions on Weibo to call for a brand boycott.

#2 TIBET – The No Go Topic for Luxury Brands

The independence movement of Tibet is embodied by Dalai Lama. The international public opinion has a great image of this pacific leader and often engages in favor of Tibet against China. But the thing is, politics is a private domain in China. Such interference in Chinese local policies and issues is badly perceived. The Chinese government considers their local problems as private topics. And the European right to intervention is not positive.

Back in 2008, the Dior brand ambassador Sharon Stone was the “public enemy of all mankind” according to the national Chinese news. Sharon Stone commented on the earthquake in China that killed 68,000 people as “bad karma” due to Beijing’s occupation of Tibet. The Chinese reaction was immediate and the luxury brand’s reputation suffered. Dior needed to engage a strong PR strategy to improve its reputation in China.

This is a tough topic you should better avoid stepping into. The sovereignty in China is very important, and Hong Kong, Taiwan, and Macau are considered to be the territory of the People’s Republic of China. Such a situation could be a little confusing sometimes, especially when you see that these regions are “international flights” rather than “domestic flights” in airports. Anyway, always include these regions when you talk about China. Luxury brands have learned their lessons and now refer to China as “Mainland China”.

In 2019, Givenchy launched a new t-shirt “China, Hong Kong, Macau, Taiwan“. This novelty resulted in an immediate boycott. Why? Because the t-shirt supposed the regions were not China, why they should have mentioned “Mainland China”. On social media, the hashtag #JacksonYeestopscontractwithGivenchy hit 500 million views and generated 112K discussions. For the Chinese netizens, it was a lack of respect for China’s sovereignty. After this bad buzz, Givenchy canceled several events and pop-up stores held in China.

We have a tendency to forget that the Chinese have more history and heritage than the European or American culture. Chinese people love their culture and they are very proud of their heritage. Would you like a foreign brand to make fun of your country or your people? Obviously, no. Such a marketing or communication strategy would not be profitable in any other part of the world. But that is something luxury brands tend to forget regarding the several bad buzzes that regularly occur in China.

In 2018, Dolce & Gabbana launched a new communication campaign with episodes called “Eating with chopsticks“. You can see a Chinese woman depicted as being stupid and not succeeding in eating neither pizza, cannelloni, or spaghetti with her chopsticks. In the background, a voice was making fun of her, which was funny for the Italian brand… but not for the Chinese.

Even worst, the artistic director posted full of hatred messages on Instagram comparing China to a “shitty country”. After that, he claimed his account was hacked. Not really credible for the Chinese who posted “Not me” posters on D&G stores after the brand’s ban from Alibaba and JD.com e-commerce platforms.

A country’s leader is always the symbol of the Nation. In China, the image of President Xi Jinping is very controlled and it is a bad transgression to make fun of the President by posting unflattering or mocking pictures of him. The country is still very conservative about the image of the political leader. For instance, the most censored image on the internet is a meme comparing Xi Jinping to Winnie the Pooh.

For international brands, Chinese New year is a synonym for huge sales opportunities. Luxury brands only consider red, food, and annual boring event. But this is more than that! Chinese travel a lot and enjoy their only week of holidays to meet their families and friends in whole China. This is an intense week to share moments with your beloved ones. On average, the Chinese New Year generates 150 billion USD in sales. But this is most of all the result of a reunion of a family, joy, and luck.

In 2019, Burberry decided to innovate with a Chinese New Year depicting a sad portrait of a family. Immediately, Chinese netizens considered the campaign weird and creepy, as if the family wanted to kill the grandma to inherit her money. On Weibo, a Chinese user wrote “Am I the only one to say pulling a long face does not go well with the Chinese New Year?“. In other words, international brands are missing the point in China and should be more interested in cultural events and traditions.

#7 HISTORY – Stop with Allusions to China’s Inglorious Past

Among the different allusions could be the country’s relation with Japan, the country’s role in the Cold War, or even the country’s environmental impact. The Chinese Generation Z is born in a society that often mentions the humiliation endured by China by the West. The main problem is when the West is trying to impose its values on the Chinese and thinking they would accept them immediately. It does not work this way. You need to be aware of China’s history to understand its culture and heritage but remain cautious about specific moments. Like any other country, an inglorious past stays in the past.

At Kering or LVMH, several committees were created to improve the cultural comprehension of regions like Africa or Asia. After the several bad buzzes from Gucci, Versace, Coach, or Givenchy, the luxury groups prefer to anticipate such backlash and find consultants to better avoid badvertising.

Tiananmen Square is a famous place in Beijing but also the symbol of the violent repression of pro-democracy protests in 1989. In the West, we always remember the image of a lonely man fighting against war tanks. In China, these pictures are banned from Chinese Google, and Baidu. The Chinese refer to this repression as the June Fourth Incident. This story is in everyone’s mind and Tiananmen is always a direct reference to the 1980s incident.

In 2017, Dolce & Gabbana previously made a mistake. Yes, the episodes of “eating with chopsticks” were not their first bad buzz in China. Before that, they launched a campaign with models posing in front of Tiananmen. For China, it was a direct attack on historical repression. So, Dolce & Gabbana had no visibility, no nothing. Ironically, the campaign name was “DG loves China” and aimed at representing the country’s heritage.

In the West, blue profile pictures were everywhere on Facebook, Instagram, and Twitter. The international movement criticized the forced labor of 1.8 million Uyghurs and Muslims in prison camps. As China is one of the top producers of cotton for the fashion industry, many luxury and fashion brands were supposed to be linked with the Uyghurs’ forced labor. Why? Because 84% of the Chinese cotton comes from Xinjiang where the Uyghurs camps are located. In the meantime, brands used to intervene in such human rights debates, which created a tense situation.

The reveal of forced labor tarnished luxury and fashion brands’ images. We mentioned earlier, international public opinion and brands often engage in favor of the LGBTQ+ community, human rights, gender equality, poverty, etc. For the first time, luxury and fashion brands remain quiet about this news… because they already supported it. In the world, 1 out of 5 cotton products sold is tainted in Xinjiang. Lacoste, Tommy Hilfiger, Victoria’s Secret, M&S, Nike, and Adidas seem to have direct or indirect links to these Uyghurs camps.

In China, KOLs represent 53% of the Media Impact Value (MIV). They have a wide and important audience that could not be neglected. So, they could not have a lifestyle that is morally questionable. Indeed, influencers and celebrities are a symbol of success and must be exemplary. Even the luxury or fashion brand must carefully choose its next brand ambassador. Why? Because the brands’ values are often assimilated to the influencer’s values. And vice versa.

Earlier in 2021, the Italian luxury brand decided to name the actress Zheng Shuang as brand ambassador. Prada could not see it coming. Zheng Shuang was accused of abandoning her 2 children when they were young. In China, the family is very important. You always need to take care of the younger and the older. So, Zheng Shuang could not stand as an example. Prada decided to immediately cancel its collaboration with Zhen Shuang.

How to avoid “Badvertising” in China?

What are the key takeaways from all of it? You need to be familiar with Chinese culture if you want to succeed in China. You need to stay open-minded and conduct a cultural audit. It will help you to know in advance the “faux pas” and sensitive topics you should better avoid. In the meantime, a partnership with a local agency will help you to better understand the Chinese culture and monitor the reputation of your brand among Chinese consumers.

Founded in 2012, the Gentlemen Marketing Agency benefits from almost 10 years of experience in China. We are based in Shanghai but rely on a multicultural team from France, England, Russia, Morocco, and China.

If you have a campaign or a project to release soon in China, you can contact us to avoid “badvertising”.