5 Myths about Doing Business in China

When it comes to China, the public learns about it from two main sources: News Broadcasts and Movies. Both give us a distorted vision of the reality as what is today the second most powerful country in the world. In this article we will explore some of the most common business-related mistake people make concerning the middle kingdom. 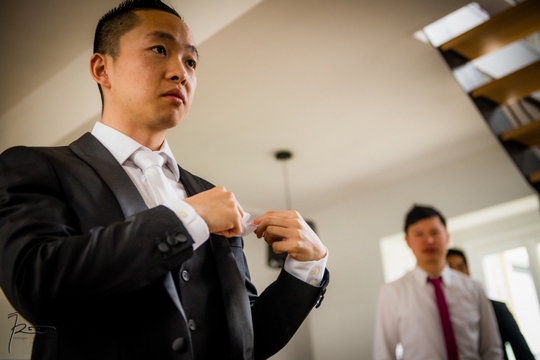 We often use the expression “Chinese market” as a shortcut in our articles. But it is a misleading one. China is everything but homogenous. There are differences in revenue, development, culture and even language all across China with hundreds of dialects.

In essence it is better to regard China as an agglomeration of smaller markets. Each with its own characteristics.

Number 2: Shanghai and Beijing are the best place to start for any business

In the light of the huge disparities in China, it raises the question: Where to go? Shanghai and Beijing do feel safe to outsiders as they are two very well-known and cosmopolitan cities. But that is exactly the problem. Since the start of China’s opening in 1978, it has been the two destinations of choice.

Consequently, you will find much competition. Whereas more remote cities and provinces are a great source of potential untapped markets.

Number 3: Your company doesn’t need to be physically present in China

First one, you sell your product in China. Cross-border e-commerce allows you to sell directly within the country border without too much hassle. So why bother? Because regulations are catching up to this yet unregulated segment of the e-commerce world. Moreover, to be established in China will give you greater control over your marketing, e-reputation and the possibility to explore additional sales channel such as mobile with WeChat shops.

Second, you buy in China. Your Chinese partner should be able to handle everything right? The answer to this question is always “kind of”. Yes, to have a Chinese partner will be infinitely better than go through the horrendous process of setting up a factory in China. But you should go with the joint venture route rather than leaving everything up to Chinese. Otherwise you open yourself to an avalanche of complications concerning the quality, conformity or even delays afflicting your shipment from the middle kingdom.

Number 4: The Chinese Internet is the same as in the West

The Chinese Web might just be the biggest misconception about China we have in the West. Admittedly, I knew very little about it myself before starting to live in China a few years back. We often dismiss Chinese Tech companies as rip-off of their American or European counterparts. If that was somehow the case before, it is not the case anymore today.

China is a mobile-first environment, and their whole cyberspace developed around that fact. Contrary to ours, which is a desktop-first environment, despite the fact that mobile is more and more important. WeChat for instance, the leading social network in the middle kingdom has nothing to do with our Facebook, it doesn’t even have a website version.

Number 5: Translation into Chinese is Enough

When a company first starts the transition from a domestic to an international company it goes with a number of challenges. One of them concerned the website. Is translation enough? Sometimes it is. If you are an industrial firm that talks to professionals, you could get away with a simple translation.

If you deal directly with consumers however, they will expect a higher level of commitment on your part. You will need to Localize not only the content of your communication, but also the vectors such as the website, packaging, etc. see also

All things considered we can say that misconceptions and misunderstanding between China and the Western world are here to stay. In fact, as long as mainstream doesn’t improve in depth of analysis on both sides it will be the same. The best to learn more is to read about it in blogs and websites that are devoted to it, or even documentaries in which deeper researches have been made.

Read Business in China at the Digital Age