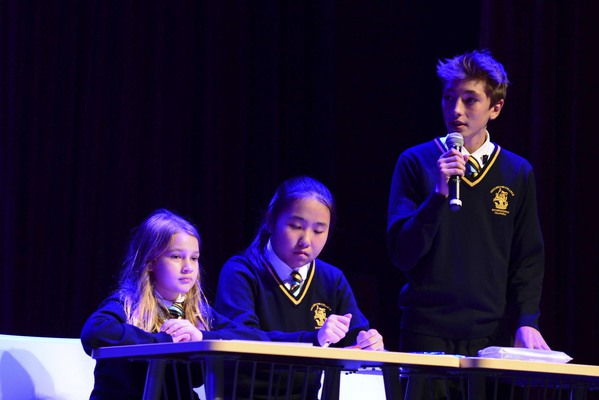 Arts Festival 2018: Wellington gets into the Jazz groove

The end of the Lent Term saw Wellington turn into a riot of colour, sound and sensation, as the fourth annual Arts Festival focused on the inspiring and endlessly creative properties of jazz. As with previous years’ arts fests, 2018 welcomed a fantastically talented line-up of artists to the College – with familiar faces as well as plenty of newcomers – to share their unique experiences and abilities with us.

Throughout the week, the Top Wellington College’s music rooms and dance studios allowed for an energetic exploration of jazz under the guidance of The BOP Jazz Theatre Company and Dic Hamer, who led jazz dance and music workshops respectively. Similarly, the Black Box theatre was turned into the coolest new speakeasy joint in Shanghai by respective groups of pupils who devised their own dramatic jazz-themed performances with only the gentlest of nudges from the Round Midnight team:

“We’ve loved every minute of this year’s festival while working with such amazing pupils from years 6-9. Each group learned about the Roaring 20s and prohibition in America, and were set the task of creating their own speakeasy. The idea was to let them devise and improvise as creatively as possible, so they were given very simple stimuli to start them off – in some cases just a sentence, in others a prop or a snatch of a song’s lyrics. It was immensely gratifying to see what they came up with and watch them just immerse themselves in the character of the time and place that they’d created.” – Round Midnight

Of course, not every session was completely centred on jazz. Rather, the spirit of jazz, with its heavy dependence on improvisation and letting different styles of performing flow into one another, informed the theme of many of the other sessions occurring across the College. From the puppetry of Gary Friedman, to the stand-up comedy workshops of Logan Murray and storytelling of Melanie Gall and Alex Milway, pupils were encouraged to experiment with new ideas, play fast and loose with the “rules” of performing, and generally explore different types of creativity. Many of our Wellington parents signed up for tailored sessions as well, demonstrating that learning really is a lifelong pursuit:

“I feel that there’s a sense of universality to comedy that everyone can tap into, no matter who they are or where they came from, and the parents I worked with this year were entirely representative of that. They engaged with the activities almost immediately, they were hugely eager to learn and perform, and they did a great job. There’s a lot of genuinely funny parents at Wellington!” – Logan Murray

This year’s festival will also have a lasting legacy in the form of the music department’s interior design makeover, which you can see for yourself when you next stop by. Led by the collaborative efforts of artists David Redic and Kathryn Robbins, the walls of the Trend of music department are now liberally covered in the flowing colours, quotes and images created by pupils from across the Prep and Senior Schools.

“Kathryn and I had a blueprint in mind but of course once you add in the most fun part, the kids themselves, the project quickly takes on a life of its own. One of the things I’ve enjoyed the most is seeing the pupils take a sense of creative pride and ownership over the artwork they’ve worked on throughout the week. I think that together we’ve all made something that the whole school can really enjoy.” – D.Redic on Wechat

“This was my first time working with children to such an extent and it’s been an eye-opener to see their huge range of different talents and reactions. They’ve thrown themselves into installations, self-portraits, abstract Picasso-style murals, a sound wall of reclaimed instruments from real musicians working in Shanghai – there’s been space for everyone to do their own thing and they’ve not held back at all!” – Kathryn Robbins

This year’s festival culminated in a closing ceremony that involved a wide range of devised music, dance, puppetry and drama performances from both the pupils and the artists they’d worked with all week. For example, many of our musically talented children let loose in a series of stunning solos alongside Dic Hamer, while other pupils presented their superbly polished jazz dance piece that they put together with BOP in the space of a few workshops. 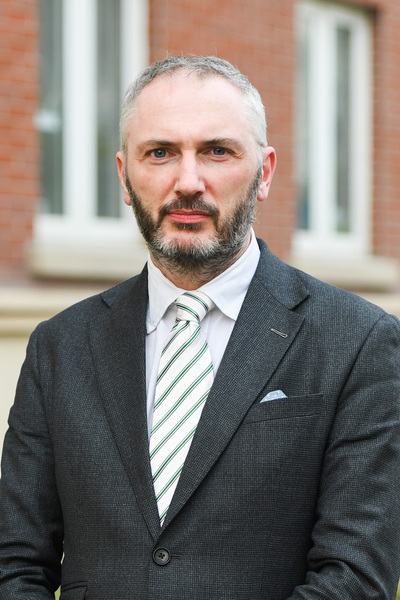 While this roundup has hopefully given a flavour of Arts Festival 2018, it is by no means a comprehensive description of the week-long festival’s events and activities that were such a huge hit with everyone in the Wellington community. Looking back on the event’s success, Director of Culture and festival organiser Dr S. Jacobi said:

“This kind of event is always something of a gamble. Schools are often in thrall to routine and repetition, and a week-long festival offered an interesting and purposeful contrast. To this extent, jazz, with its characteristic stressing of improvisation, unpredictability and instinct, made for a refreshing and compelling break. Happily, a compelling rhythm to the week was quickly established, finding expression in the various workshops and the final, joyous performances.”

We hope that you all enjoyed Arts Festival 2018 and the freedom of expression found in jazz. Look out for news of the next iteration of Wellington’s celebration of the arts in 2019, with an entirely new theme and no doubt another incredible roll call of artists.