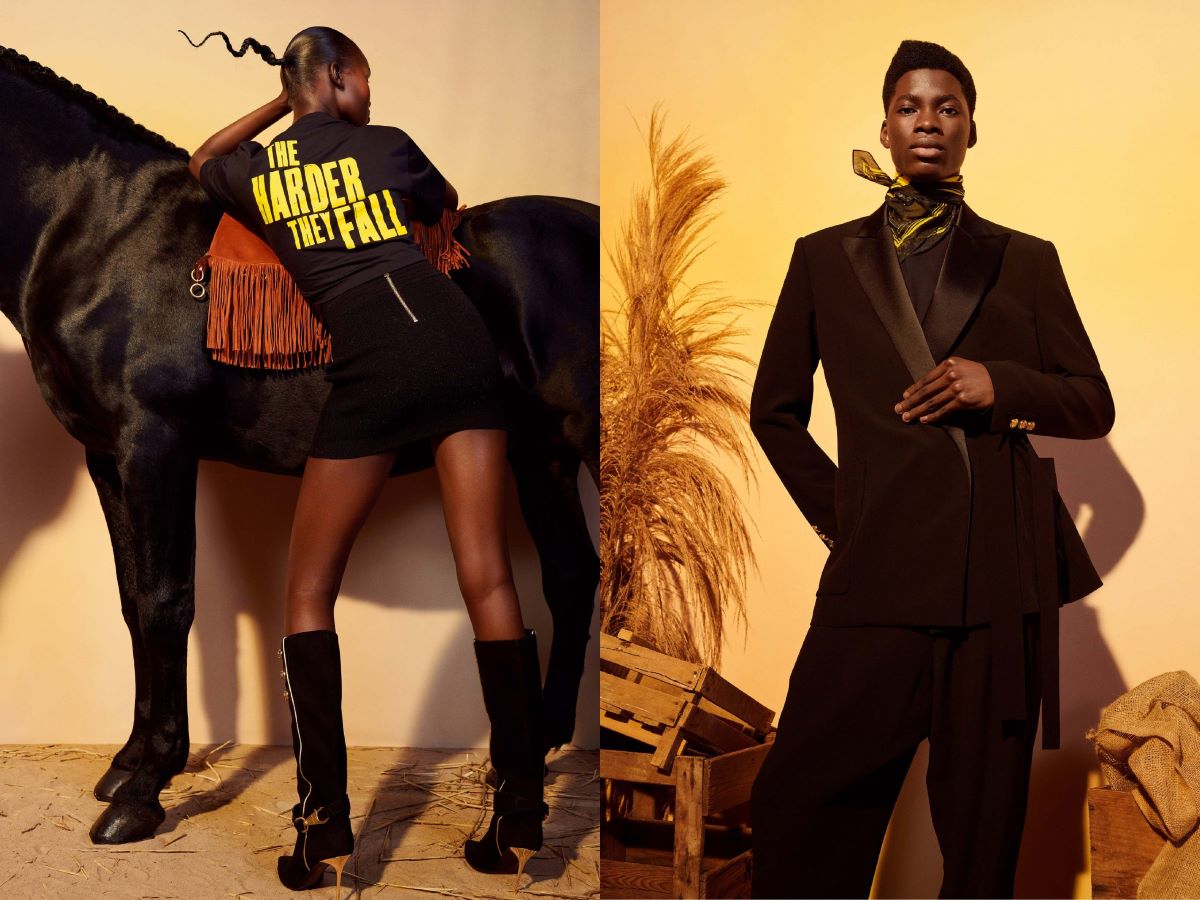 As China’s economy continues to grow, so does the demand for luxury fashion brands. However, with such a crowded market, many of these brands are struggling to maintain their share of the Chinese consumer pie. In order to stay relevant and successful in China, fashion brands must learn to share and collaborate with one another. This will allow them to create more opportunities for customers while also managing costs more effectively. As we have seen in other markets when companies cooperate instead of competing, everyone benefits in the end. So let’s take a look at some of the key reasons why fashion brands should work together in China…

The Peacebird fashion brand is best known for its suits and shirts. However, it has teamed up with local designer Susan Fang. This latest collection features elements of Fang’s style and the Peacebird logo. Prices for the seven items range from $125 (RMB 799) to $314 (RMB 1999). The collaboration will raise the conglomerate’s profile among Generation Z.

Peacebird is gaining popularity among the younger generation through its collaborations with foreign designers. It has collaborated with PEPI, Mikey Wormack from the Netherlands, and Coralie Marabelle, a French designer. This news is generating a lot of traffic on social networks. The hashtag #The cool collaboration with Peacebird (#Tai Ping Shen Xian Ming) has 22.87 million views on Douyin.

Partnering with local designers is another way to increase reputation. Peacebird has collaborated with Calvin Luo, Xuzhi, and other Chinese designers. Another notable example is Shushu/Tong: Peacebird launched 13 pieces last year with the local designer brand, and the series has been sold over 17,000 times on Tmall.

However, affordability is the key to good sales. This is the case with the partnership with Susan Fang. The price of the abstract print maxi skirt (Chou Xiang Yin Hua San Xing Ba Shen Qun ), which the designer designed, is around $908 (RMB 5,768). Peacebird now offers an affordable option of $125 (RMB 7,999) which includes the Susan Fang logo. This is a fraction of the original price. You shouldn’t be surprised to learn that four pieces from this collection have been sold so far.

These local designers can not only increase sales, but also inject new energy into the business with their originality and creative power. Susan Fang is known for her innovative technique called “Air-weave”, which transforms clothes to fit the wearer’s body.

It’s a fairytale beauty that many women on the continent love. It’s a remarkable method that has attracted China’s Generation Z clientele and promoted fashion as an industry of innovation. (No surprise: the designer previously worked at Kei Kagami and Celine. So his credentials are obvious.

In 2021, the global online luxury fashion platform reached a milestone of $1.6 million in adjusted EBITDA profitability on an annual revenue of $2.3 billion. This is an increase of 35%.

Although there was a drop in growth in the fourth quarter to 23%, Farfetch founder Jose Neves was pleased with the results. He said, “This positions us for an incredible 2022, focused on continuing our leadership in the online luxury fashion market, growing faster than any of the finalists.”

Farfetch is a “connector” between curators, designers, and high-end fashion consumers. The digital marketplace, or Farfetch Marketplace, offers a wide range of in-season luxury lines from more than 1,400 sellers. It generated $1.4 billion in the last fiscal year. Multi-brand retailers, as well as e-concession partners, continue to provide more SKUs year-over-year, reaching nearly 10 million SKUs in Q4 2021.

“Post-pandemic […] We are positioned to emerge more powerful than ever, offering strategic values to brand partners, and an unmatched proposition to consumers,” said Neves. He is now focused on increasing market share and profitability.

Balmain has partnered with Netflix for a limited edition western-themed capsule available on Farfetch.

London-based Farfetch also announced the acquisition of Violet Grey, a luxury beauty destination, in January 2022. This preceded its diversification into beauty later in the year. Farfetch also launched online shops in January through its New Guards platform.

New Guards expanded its brand portfolio in February by signing agreements with Authentic Brands Group. This partnership will allow them to be the exclusive partner for Reebok’s luxury collaborations. It will be a key operating partner in Europe and a distributor of premium Reebok products in the US and Canada.

Farfetch’s shares remain subdued despite these initiatives. They were down 35% last month, and have fallen 77.3% over the past 12 months.

Loewe is collaborating with a Swiss sports shoe company for live e-commerce.

Loewe has launched its collaboration with Swiss trainer company On. The capsule collection includes sportswear and shoes. The products were first seen on the brand’s WeChat shop, official website, and in Loewe shops on March 9. The house also launched a Livestream on WeChat to announce the collaboration. Chinese fashion influencers such as @FilXiaobai and Cici Xiang participated. WeChat users can download a number of the brand’s memes.

The campaign has been viewed 2.5 million times in the past 10 days thanks to CiciXiang who debuted on Loewe’s Livestream and Dong Sicheng, a Chinese male idol — who styled the collection on NYLON China. The crossover was well received by Internet users who love both companies. Among those who shared the news and unpacking, there were about 400 UGC posts on Xiaohongshu.

Loewe is committed to heritage and craftsmanship but has also played with partnerships to bring novelty and create a buzz that can reach out to younger generations. The house has successfully reached out to both fitness and anime fans with the Loewe x Spirited Away line and the collaboration with On. It leverages these relationships to keep the buzz going, drawing customers beyond the seasonal collections, tapping into a wide range of audiences, and attracting a lot of attention.

The limited-edition collection “Happy Together” has been launched by Marimekko and the Chinese brand Beast. It celebrates spring and natural beauty. The collaboration includes a variety of home products such as bedding, summer quilts, and eye masks. On 20 March, a pop-up event will take place at Beast’s flagship shop on Anfu Road in Shanghai.

Both companies are well known to local home and lifestyle enthusiasts. There have been 120 UGC posts on Xiaohongshu, and users have shared product photos on the platform. The combination of Marimekko’s floral pattern and Beast’s design elements was a hit with domestic customers.

Beast started as a high-end florist company. It has since grown into a lifestyle brand, known for its homeware and fragrance categories. An increasing number of domestic customers are attracted to fragrances made in China, thanks to rising patriotism and the ongoing pandemic. This sector is dominated by Beast. This collaboration allows the parties to address their contrasting audiences while offering new ideas to existing followers.

Whatever the nature of the collaboration, each party needs to get to know each other well and share the same values. The partnership will be more successful if they start from the same place. Their businesses will grow and not just be supported by temporary marketing tricks.