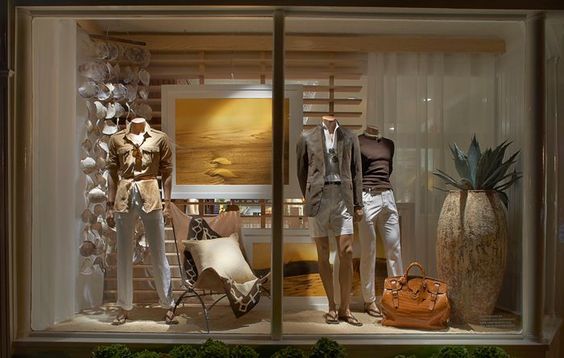 Apparel sales are blooming in Chin

Apparel and footwear sales increased significantly since 2016, due to the greater number of women seeking to stay trendy, there were more frequent purchases by them in comparison with men. Consequently, womenswear surpassed menswear in terms of value growth and total value sales. Benefiting from China’s new two-child policy which became effective in January 2016, children’s apparel growth raised even faster.

Nowadays fashion & apparel retailers in order to grow in this fast-developing e-commerce market of China should capitalize on strong demand for high-quality foreign products.  China being the world’s largest market, enables apparel retailers’ opportunities to reach tech-savvy consumers, which are increasingly craving to buy products through cross-border e-commerce.

Furthermore, it was stated by consulting firm A.T. Kearney, in comparison with American consumers, Chinese shoppers embrace cross-border e-commerce with 97 and 87 percent respectively. Bain & Company predicts that the total value of Chinese e-commerce will skyrocket to $1.45 trillion in total value by 2020, due to the fact that 150 000 Chinese shoppers turn to e-commerce for the first time each day.

Remarkably that in 2016 in terms of foreign goods online purchases were estimated up to 15 percent of online purchases, additionally this rate is expected by eMarketer to increase up to 25 percent by 2020.

French multi-channel retailer well known as La Redoute was founded by Joseph Pollet in 1837. French retailer brand is specialized in fashion apparel and home décor. Remarkably that its e-commerce website has more than 7 million unique visitors each month. La
Redoute has more than 10 million active users and it operates in 26 countries around the world.

In order to serve Chinese online shoppers a Chinese e-commerce website including seasonal campaigns for desktop and mobile was created by La Redoute. For the purpose of increasing the brand’s awareness, La Redoute created accounts on WeChat and Weibo, which are the most popular digital marketing platforms in China.

Hence, integrated loyalty programs, online ad campaigns, and digital coupons were included in Chinese mobile marketing campaigns. Due to an average basket value of $79, a 7- to 10-day logistics turnaround time, and an improved ability to avoid out-of-stocks for best-selling products, La Redoute’s e-commerce strategy resulted in an increase of sales in China.

Hence, we gathered 6 tips for you in order to help your retail brand to succeed in China.

In order to gain trust from Chinese consumers, you should work on creating strategic content, which means that your products should represent high-quality status symbols. One of the great advantages is that byword for quality in China is usually perceived for ‘international’ products, due to that fact establishing your own business as a quality foreign brand can allow you to get paid dividends in the long run

Local platforms provide a powerful infrastructure to let entering very active communities, also Chinese consumers are catered by these platforms uniquely. It is very vital to have a clear understanding of how your decision on the market position can be influenced by the behavior of relevant communities and consumers on Chinese platforms.

When it comes to big western players such as Facebook, Youtube, Google, and Twitter, you should forget it, cause instead of it all China has WeChat, YouKu, Baidu, and Weibo respectively. Even more, it should be mentioned that in China instead of Amazon there is Tmall & Taobao.  In order to approach this whole set of new platforms, the Chinese specific way in terms of Mandarin communications, content, and engagement should be taken into consideration.

WeChat has 877 million active daily users, which means that it is a great tool for Chinese market entry, and definitely, it is a strong Launchpad for quality content. In order to get engaged with your target consumers, it is very important to have a presence here, since WeChat is the number one social platform in China. WeChat gives the opportunity to create an official account for communications, build a following and push notifications to followers.  WeChat enables its users to pay via their Wallet service and other additional functions such as gaming, to e-commerce stores, location services, dating & even taxi-hailing.

When it comes to WeChat, we highly recommend just keeping it social. Businesses here are seen more as individuals, which means that you need to ensure that you closely get engaged with users since WeChat is a conversational platform and Chinese consumers expect (more so than we do in the west) to have personal interactions with brands on such platforms.

WeChat stores which are ‘static’ stores that can be linked to your account for promotions, it became a brilliant tool for sales. Therefore, in order to ease payments, the WeChat app utilizes an e-wallet service.  WeChat links e-retail with social communications in new, interesting & innovative ways which makes this app to be a part of the growing phenomenon of ‘social commerce in China.

For instance, the collaboration of high profile Givenchy with Mr. Bags by its ‘flash sales’ sold in 10 minutes Givenchy bags for over 100 000 USD, which made the WeChat store very famous.

Due to the simple fact that WeChat does not require a huge initial investment to set up & start driving qualified traffic which converts to sales, this app is a great and effective tool for businesses targeting Chinese consumers.

Chinese consumers buy being obsessed with branding, they purchase brands but not products. Chinese society is more likely fixed about the reputation or let say with the notion of “face”, due to that issue it is clear to understand that in order to express their “face” the most typical way of it is purchasing brands. In the society, which is definitely led by consumer needs, when it comes to branding you need to consider this individual expression’s newfound desire.

One of the great advantages is that byword for quality in China is usually perceived for ‘international’ products, due to that fact establishing your own business as a quality foreign brand can allow you to get paid dividends in the long run.

4. KOLs are important to increase your brand’s promotion

It is vital to keep your consumers entertained by live videos, be always creative in enabling various campaigns, involving Key opinion leaders (KOLs). When it comes to KOLs they have gathered large followings around themselves. Moreover, businesses or brands can recruit them due to the fact that they have a high influence. Specific communities and demographics can be targeted by different KOLs by providing quality targeted exposure.

It should be clear that considering investing in key opinion leaders (KOLs), you need to choose Chinese influencers due to the fact that they can directly link your brand with your targeted audiences.

The main point related to KOLs, the best approach, in this case, is that they should have created an “echo chamber” effect by using simultaneously the number on different platforms to post about the brand. That effect supports the brand’s legitimacy if lots of influencers are posting.

For instance, Burberry has invested in such key opinion influencers as Kris Wu, Mino, and Hoony from the K-pop band Winner and Chinese actress Zhou Dongyu in order to engage their millions of followers.

As a result, as soon as Kris Wu was tapped by Burberry, his fans started being more aware of the brand, calling out to one another to buy Burberry products. Consequently, it reflected that Burberry’s headquarters made the right choice in Wu.

Burberry within this collaboration increased their sales since ﬁrst-quarter retail revenue increased up to 3 percent on an underlying basis to £478 million ($613.2 million), above analysts’ estimates of £471 million.

Wu’s career including his participation in reality television lead to several trends in celebrity and culture having a great influence on the consumption patterns of China’s youth. In China, such Celebrity-driven reality TV programs became incredibly popular, which explains the fact that highly-engaged fans feel strong enough ties to idols, which makes them invest in products that are part of an endorsement or collaboration with their favorite stars who become internet celebrities

Baidu, which is similar to Google with its interface, in China has 75% of online research.  Since it is a very useful portal in China, a quality site, landing page, content & third-party references appearing on the search based on Mandarin Character Keywords need to be established in order to make businesses visible. The quality traffic can be benefited from the combination of Pay Per Click Ads & SEO.

Forums are very important and popular in China, even though being in many parts of the world the Chinese are still highly active & engaged in community threads about many topics. Reasonable to mention that developing a positive reputation on sites such as Tieba, Zhidao & Zhihu (Q&A Forums) is highly recommended and very important, since Chinese consumers discuss, share information, leave reviews and offer recommendations. While Zhidao & Zhihu are more traditional Q&A forums, instead Baidu TIeba focuses on a ‘top-ranking system where content is upvoted (akin to Reddit). It is also very helpful in terms of visibility on search engines such as Baidu. Additionally, relating to forums its relevant content needs to be closely monitored and any potentially negative comments removed, due to the simple reason that forums rank highly in search results.

In China, you will need to start building your reputation, simply due to the reason that English content, positive reviews on western media platforms will not be visible on the Chinese net. Mandarin Chinese Characters are used in the vast majority of internet research (over 97,5%).

Remember that the Chinese web is a unique ecosystem that requires a fresh and creative approach, right Chinese platforms should be chosen to build your visibility & reputation in order to target your consumers.

In order to promote your brand and if you have any questions related to digital marketing, contact us now!